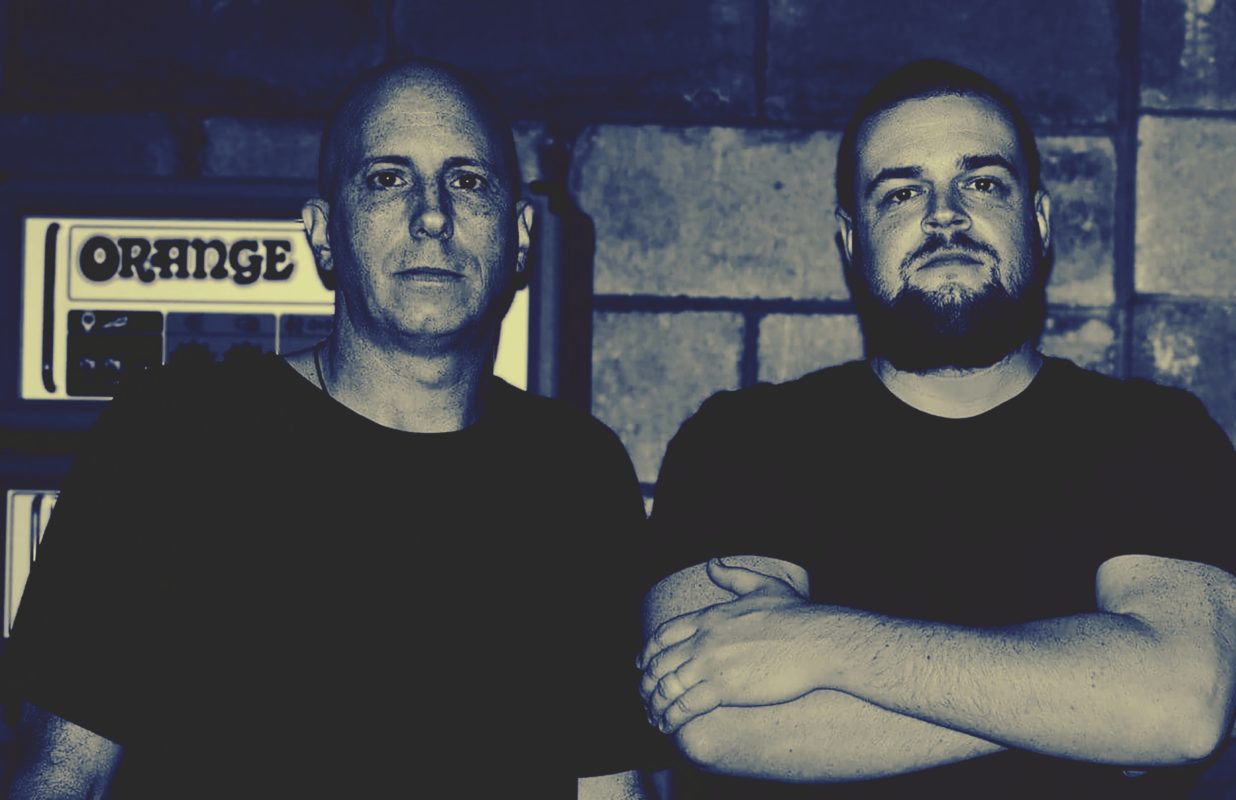 THAL (The Heathens Are Loose) is a collaboration between John “Vince Green” Walker and Kevin Hartnell. THAL was originally Green’s solo effort, but while recording wytCHord’s 2016 debut album “Death Will Flee” (another band in which Vince and Kevin play with guitarist David Jones) he quickly realized that Kevin’s barbaric drumming and multi-instrumental abilities would make the next THAL album something special.

“Kevin is a very busy musician and in high demand, but I couldn’t not ask him to collaborate. I was really excited when he said yes.” says Green. Although they live two hours apart, they passed song ideas and sound files back and forth online for a year; almost daily as “Reach For The Dragon’s Eye” quickly took shape. The album is a true collaboration. “This album was inspired by a life changing event last fall and the subsequent personal journey as the world continued devolving around us. In other words, the heaviest material THAL has put to tape.”

THAL confronts the ugliness of daily life with a dose of pessimism processed through an esoteric filter. Stories of despair put to one hell of a riff.

About the label deal: “Argonauta is one of the finest providers of heavy music in the industry today. Every release is consistently great. We are honored to be given the opportunity to contribute to that legacy.”

THAL “Reach for the Dragon’s Eye” will be released in CD/DD during 2018, a huge album briefly described as the perfect blend between CLUTCH, DANZIG and QUEENS OF THE STONE AGE.