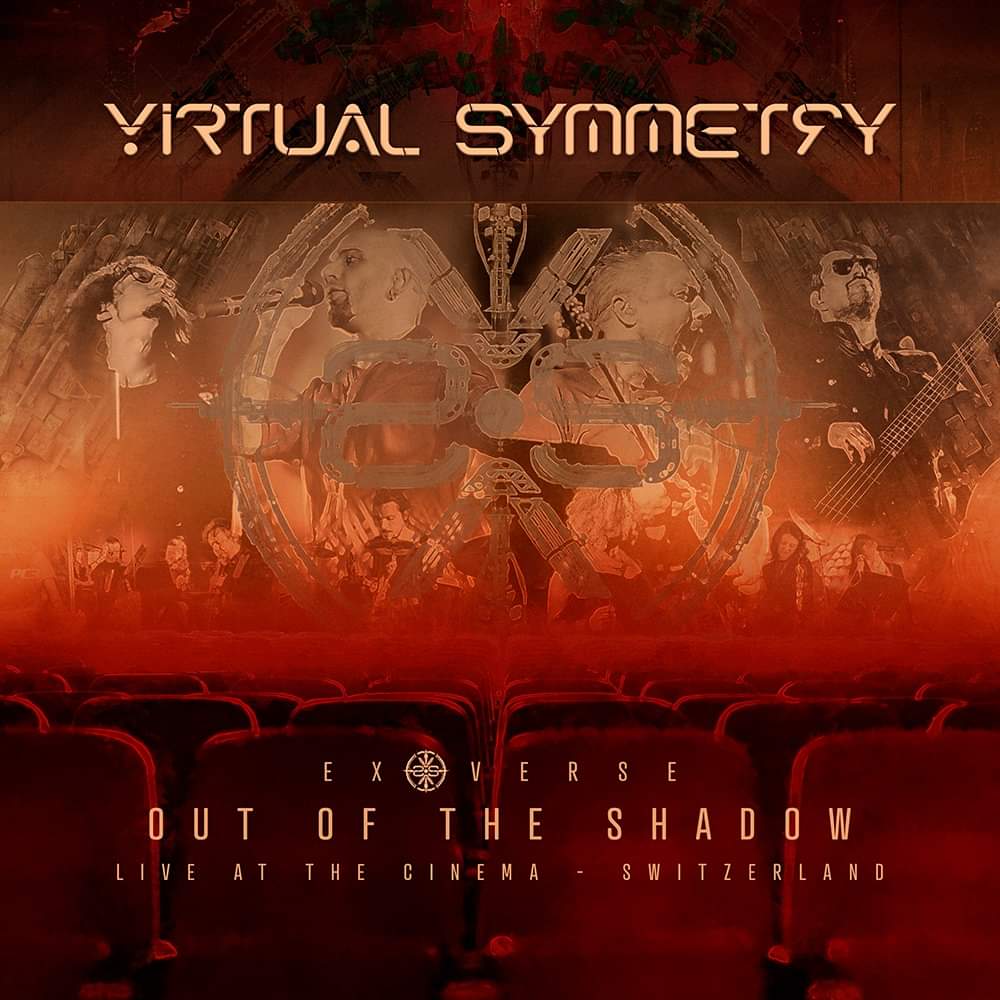 The band has just revealed the live video for the second single “XI”. “‘XI’ is one of the first songs we recorded for our last album ‘Exoverse’. It represents the begin of the main character’s inner journey. It’s also one of the longest and most articulate tracks, musically and vocally speaking”, explain VIRTUAL SYMMETRY.

The album was recorded at the end of October 2020 during the show at Teatro Plaza in Mendrisio (Switzerland) along with several guests as backing singers, two choirgirls and a string trio. That exciting performance was mixed by Federico Pennazzato (SECRET SPHERE). The cover artwork was created by Gustavo Sazes (ANGRA, AMARANTHE, JAMES LABRIE).

Previously the band released a live video for the track “Exodus” which can be seen here: https://youtu.be/0t9b0a8ewCE

VIRTUAL SYMMETRY comments: “We are so damn proud that we are able to present a full-blown live show in these extremely difficult times. The show at Cinema Plaza was nothing but epic and really captured the strength and power of the band as a live act.”

The pre-order for “EXOVERSE Live – Out Of The Shadow” is available here https://www.virtualsymmetry.com/

VIRTUAL SYMMETRY released their sophomore full-length album “Exoverse” on June 30th 2020. “Exoverse” is their first concept album, telling the story about a hero traveling to a new dimension beyond the known universe in order to discover himself. The opus was recorded at Peter Gabriel’s Real World Studios in Bath, UK and it features many special guests, such as legendary drummer Thomas Lang, DREAM THEATER’s keyboardist Jordan Rudess, saxophonist Ruben Paganelli and the symphonic orchestra Sinfonietta Consonus, EVERGREY’s Tom S. Englund, singer Jennifer Vargas and the gospel choir NuVoices Project.

VIRTUAL SYMMETRY are a revelation in the progressive metal universe, stunning their fans and listeners. Influenced by classical music and contemporary metal, the band showcases a unique style characterized by epic suites and cinematic elements. Balancing melody and technique, they lead the listeners through a dynamic and emotional journey in each track.