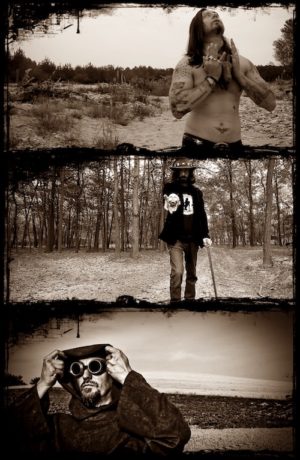 ARGONAUTA Records signs Psychedelic Ritual Sludge band NIBIRU
We’re excited to announce that today we’ve a new member in the ARGONAUTA Records family: Psychedelic Ritual Sludge outfit NIBIRU inked a deal with us to release their new album during early 2015!
Coming from Italy and formed by Ardath, RI and Siatris, NIBIRU is a massive trio whose sound is made by huge watts, tribal rhythms and enochian chants. Following the debut album Caosgon and the follow up Netrayoni, the band’s forthcoming album will be a new improved step into “Post Ritual Sludge”, where pure primal instinct, frenetic drum, gaping bass lines and gruesome ancient vocals collides.

“Nibiru are one of the new breed of Italian Sludge Metal bands and they have potential to be one of the most creative and forward thinking bands within the scene”. The SludgeLord