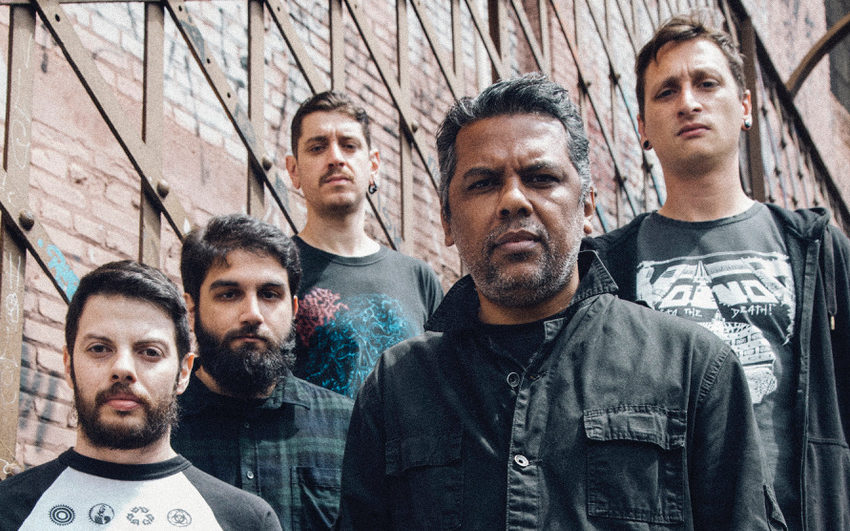 LISTEN TO THE FULL ALBUM HERE

O Coração Negro da Terra has been exclusively remastered by labelmate Adam Richardson (11PARANOIAS, Ancient Lights, Ramesses). Basalt say: “The mastering by Adam brought a new brightness and a harsh glaze that shows the nuances of our rawness that we hadn’t even noticed prior”, thus offering an indispensable introduction to the band’s sound which accentuates their striking ability to conjure a raw yet progressive musical approach, melding definitive textures of black metal, doom metal and dissonant chords with searing, fervent vocals that resonant deeply throughout.

Adam discloses his mastering methodology with the following: “It was a great pleasure to rework Basalt’s debut. It’s a truly great record with more than a touch of the classic album about it. I love pushing the mix as far as it will go before breaking point and finding that deadly pocket of calm in a raging storm of re-amping and vintage compression. I tried to bring a new cohesion and tumult to Basalt’s savage sound and I am very happy with the results.”

Comprised of seven tracks spanning just over thirty minutes, conceptually O Coração Negro da Terra harkens to the chaotic socio-political environment the masses face daily, including social transformations, the power imbued within human relationships and the individual’s perception of existence. Themes entail society’s ever-increasing entanglement with technology; vanity as humanity’s ruin; man’s legacy of destruction; loneliness and fragility of the self; commodified suffering and the threat of power destroying all-inclusiveness and progress. The track ‘Os Homens Ocos’ is further inspired by and translates to the title of T.S. Eliot’s poem ‘The Hollow Men,’ where both gesture to the sightlessness within the lost souls of many.
O CORAÇÃO NEGRO DA TERRA TRACK-LISTING

In further Basalt X Ritual Productions news, the band are currently in the midst of recording their first rite for the label, due in 2019, with more information on these stirrings incoming soon…