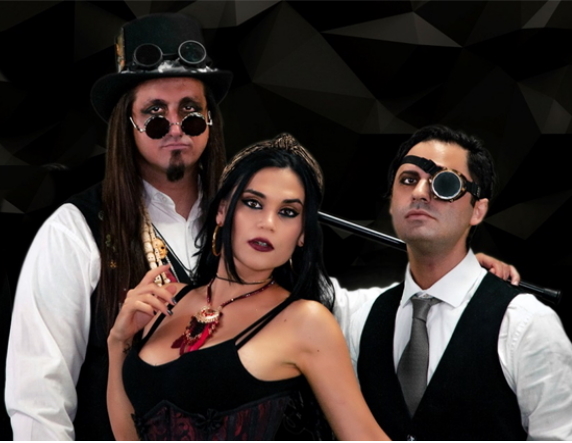 Italian-Swiss gothic metallers Blut launched the crowdfunding campaign for the release of their new album: http://kck.st/2YIRIkd

The album will be a journey through the 22 Major Arcana. The band created a limited-edition box set, to be sold specifically during the crowdfunding campaign. It will contain 22 songs and a personalized tarot deck, along with a novel about the deck of Major Arcana written by “the Doktor” in steampunk style.

The record features collaborations with Marco Borghi, who played guitars and arranged the songs, and Emanuele “Lele” Laghi (Drakkar and Crimson Dawn) who played synths and keyboards on the track “XV The Devil”.

The artwork has been created by Giulio Rincione (Dylan Dog, Sergio Bonelli publisher, Shockdom, Disney and many others) and it will be revealed soon along with the album title.