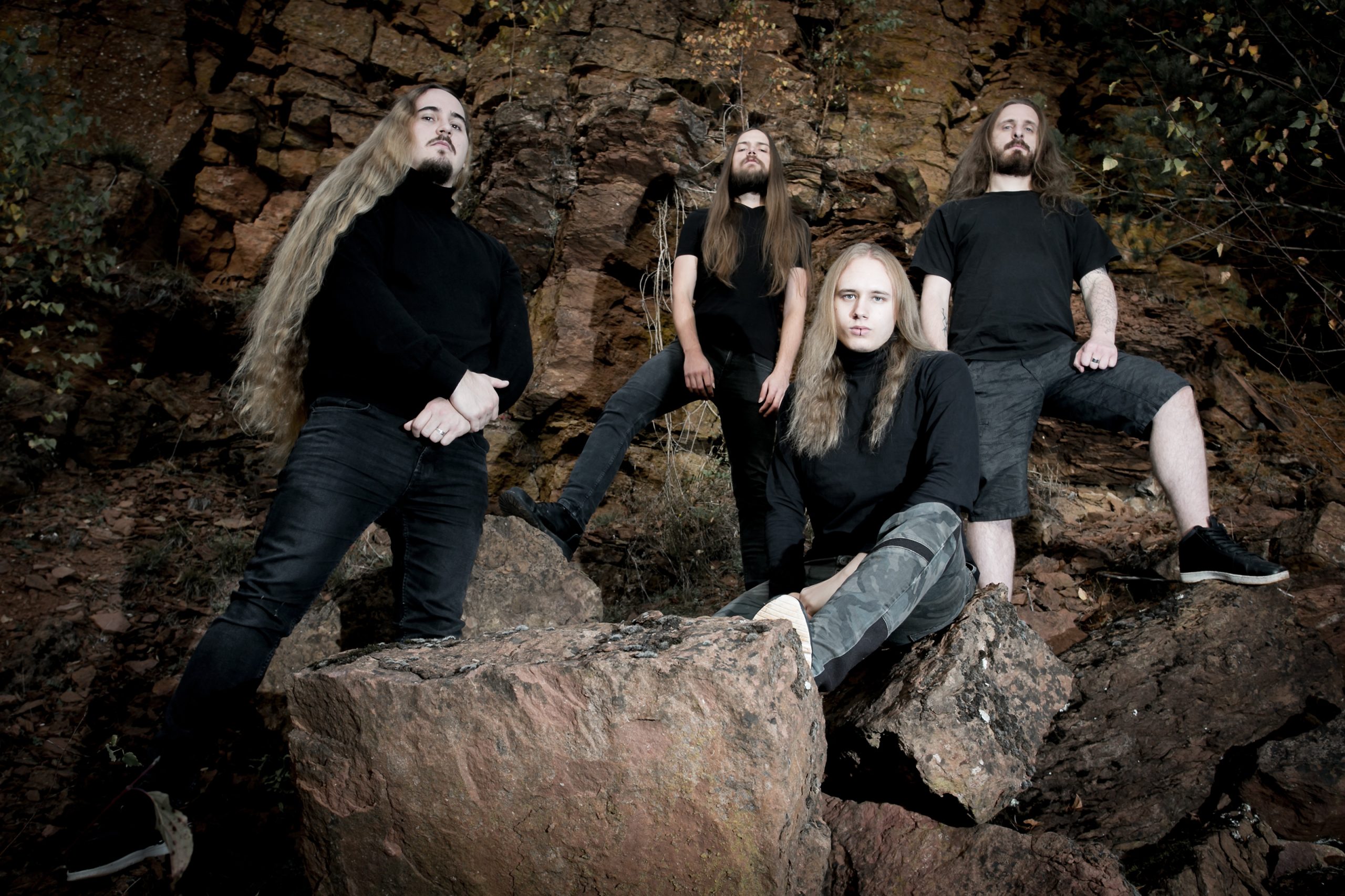 Today, the band unveils the video for their second single “Worms and Locusts” via No Clean Singing.

Once again directed by Vincent Tournaud, “Worms And Locusts” was shot at Le Gueulard Plus in France while the lights were entrusted to Thibault Groche. Most of the video was shot at 50% of the speed in order to multiply the speed during the editing. Thus, it creates an odd effect where musicians seem to be disarticulated while playing the hardest they can.

The band comments on the video and the song as follows: “Be prepared to hear the fastest and most savage song of Catalyst’s repertoire with the track ‘Worms And Locusts’! Made to describe the second part out of three from the album’s story, ‘Worms And Locusts’ is an attempt to describe the brutality overwhelming humanity’s fate. In this chapter, the purification begins. It is the description of the onset of the purifying apocalypse settled by the nine lords. Unfold chaos and carnage, embedded in the purest shape of brutality. We really wanted to work on speed and on the rhythm during the editing part of this video. The chosen colors (orange / blue) aimed to match the artwork of the album, designed by Vincent Fouquet from Above Chaos. Kind of a simple music video, but we are really proud to show you our work on this song!”.

“A Different Painting For A New World” will be released as digipak CD, 2LP gatefold and digital. The pre-orders of the new album are available here:

“A Different Painting For A New World”, which was produced by HK Krauss at Vamacara Studio (Loudblast, Sinsaneum, Dagoba, among others), brings you to enigmatic field of brutality and epicness.

The original story of “the Catalyst”, vital core character of the band’s concept, is being carried through these 10 brand new tracks. As a “concept band”, CATALYST tells an original story of a universe brought to life by 9 Lords, originally protecting its integrity, but now corrupted by the almighty Creator. In this new chapter, the Catalyst now needs to purify that world, contaminated by the Creator’s madness and chaos. It tells the birth of a better world through destruction, but also about the battle of two entities fighting for different beliefs.

The stunning artwork was created by the French visionary Above Chaos (Meshuggah, Moonsorrow, etc.).

“A Different Painting For A New World” Track Listing:

Founded in 2017 by Jules Kicka, CATALYST is a 4-piece death metal act from France, dragging the old-school sound forward to open it up to a more contemporary, technical and progressive shade, apart from its kind.

After a well-received debut EP “Dawn Of A Dreadful Fate” (2017) and the critically acclaimed album “The Great Purpose Of The Lords” (2019), CATALYST are now ready to unleash their devastating sophomore album on October 14th 2022.