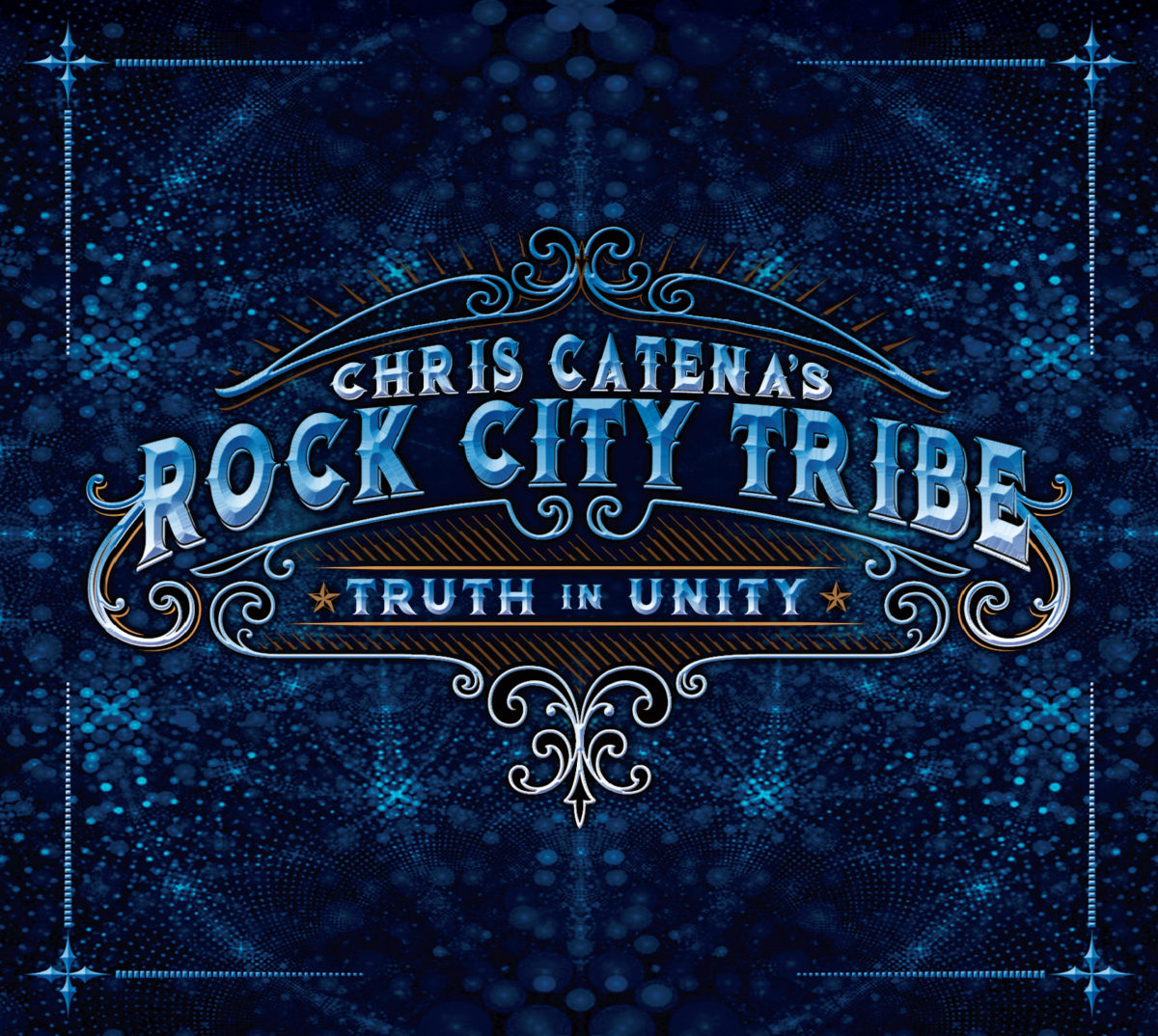 “Chris Catena’s Rock City Tribe is my new project, directly linked to my first solo work entitled ‘Freak Out’ released in 2004. It was a very lucky album that earned me a great response from audiences and critics… My new CD sees the light after years (over a decade) of work. When you become a father, other priorities take over but, at the same time, new ideas are born and you are regenerated. The novelties of life, whether positive or negative, tend to give you new ideas to think about”, explains Chris Catena.

“‘Truth in Unity’ is a pure hard rock record with a Seventies matrix. Even taking up the way in which the albums of that time were structured, contaminated by funk, blues, country and southern rock of the great American bands. ‘Truth in Unity’ is a title inspired directly by the most recent events. It is necessary to be united, in connection but it is not enough to be united through socials where sometimes we expire in opportunism and exhibitionism but rather, to cement our union of intent in order to revive the fortunes of a world increasingly in disarray, as well as the fate of certain inner values that are progressively being lost. Music could be our banner of freedom – it could still be our lifeline, if only we gave it and who represents it, the right importance and the respect that has now been lost”, enthuses the Italian singer.

Fronted & produced by excellent rock vocalist Chris Catena from Italy, a seasoned veteran rocker with pure love & passion for the music that surrounds us. It was his “musical vision” to put together ROCK CITY TRIBE to celebrate heavy rock music. Chris Catena has recorded through the years with the likes of Glenn Hughes, Jeff Scott Soto, Bernie Marsden, Earl Slick, Tommy Aldridge, Eric Singer, Bruce Kulick and Virgil Donati among many others.

Talking about the stellar cast of special guests, Chris Catena states: “Once upon a time bands, single artists were able to bring together oceanic masses giving a message so important as to worry rulers and politicians. Most of the compositions, see the participation of Janne Stark (Overdrive, Costantia, Grand Design, Mountain of Power), great Swedish guitarist and friend of years, who was able to read what was my overall vision of this album and produced songs of excellent workmanship, powerful and incisive. Other songs are written by me or together with Francesco Marras, a song was given to me by my friend Kee Marcello, a couple features Peter Hermannson, drummer of 220 Volts etc. The record features other great musicians I met on my path and who have lent themselves to guaranteeing added value”.

There is “Truth In Unity” and CHRIS CATENA’S ROCK CITY TRIBE is all about the R.O.C.K. An outstanding, essential killer hard rock masterpiece disc of world-class proportions.