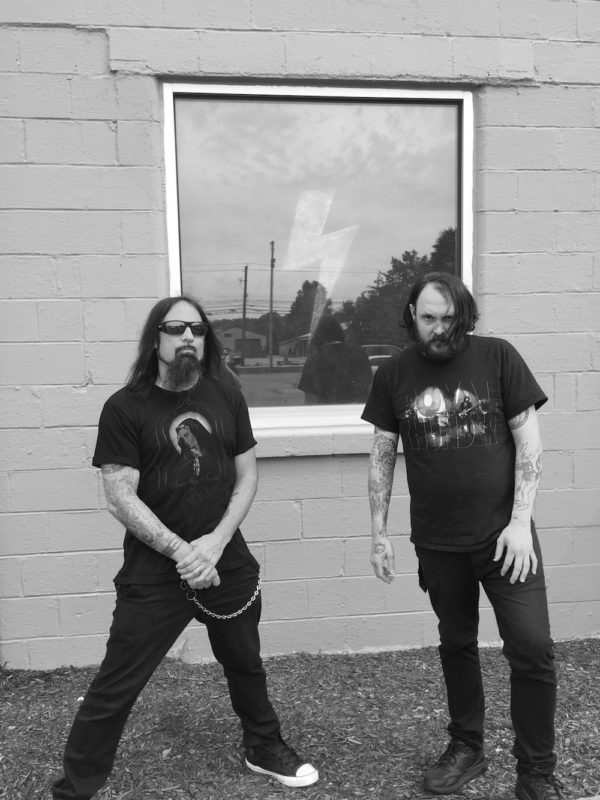 “For the last decade since I recorded The Cursed cd (with Bobby Blitz from Overkill)” Lorenzo said “I haven’t really felt the desire to jam music with anybody. I’ve had offers to join a few bands, but I’ve always considered myself more of a songwriter than a “real” musician. I never wanted to join somebody else’s band. A few months ago that all changed when I heard the songs “The Opposition” and “Deathlike” by the band Ancient VVISDOM.”

Nathan Opposition said: “Lorenzo and I became friends due to my inability to not be susceptible to flattery. Turns out he’s a really cool guy who writes awesome riffs too. Randomly one day I ask him about the band we are starting in joking fashion. I guess it was the right timing and the right person because we immediately agreed we should actually start a project. Before I knew it he was sending me CDs of riffs and I had lyrics flowing like a faucet.”

The track listing of songs recorded by the duo are:

On the record deal: “Although we conceded to the fact that signing to a label was improbable, I sent music to one of my former record labels and an Italian label I found that I thought was right for us: Argonauta Records. When Gero from Argonauta replied I knew it was the right call. The right label. Somebody who knew and respected my past and Nathan’s currency. I am so happy that thanks to Argonauta the world will soon hear the magic Nathan and I have captured with Vessel Of Light.”

VESSEL OF LIGHT debut EP will be released on CD/DD and available from November 3rd, 2017. A lyric video will be posted by the end of this month.