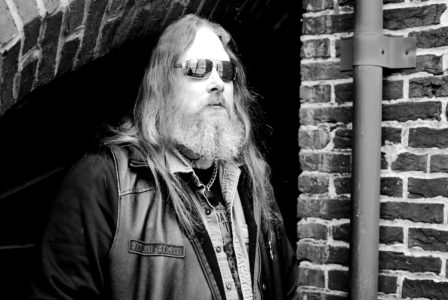 Argonauta Records is happy to announce that Iron Man frontman Dee Calhoun will soon begin production on his sophomore solo album, the follow-up to 2016’s “Rotgut.” Recording will start in late Winter, mostly at Dee’s home studio The Dustbuster.

“The response to ‘Rotgut’ was so amazing, much more than I had ever hoped for,” Dee said. “People identified with the album’s honest simplicity, the honest messages within each song. Those good vibes kept the creativity flowing, and this follow-up will be the result.”

On this album, tentatively titled “Go to the Devil,” Dee will be joined by his Iron Man bandmate Louis Strachan, who will be handling bass guitar duties. “Lou is such a positive force, and has been such a great addition to live shows, it is a no-brainer to have him play on this CD” Dee said. “The material will still have the raw, stripped-down feel that the songs on ‘Rotgut’ had, only with the addition of those great, bouncy bass lines underneath.” Dee also indicates that the album’s themes will continue to follow his “I write what I feel” approach, mixed in with some storytelling elements.

“Go to the Devil” (the tentative title) is scheduled for a late 2017 release.