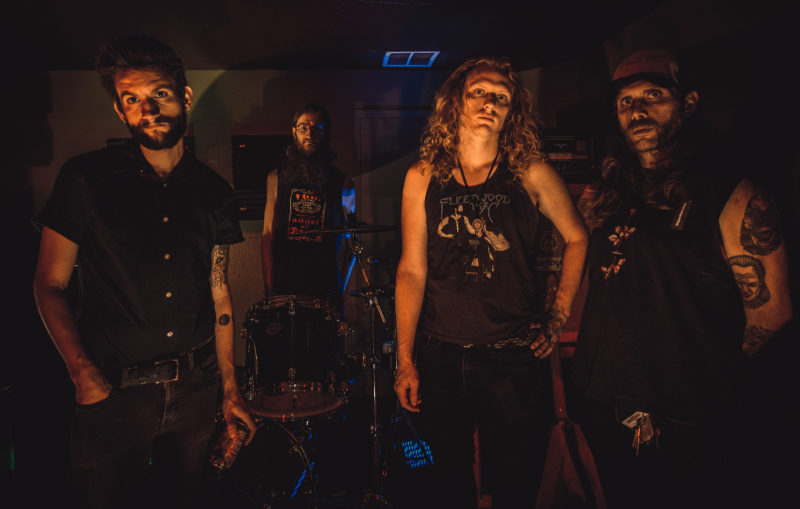 Formed in 2012 from constantly boiling musical cauldron that is Austin, TX, DESTROYER OF LIGHT has taken a straight forward approach to tempering the disparate and harmonious parts of their influences into a total sum of slow motion tidal heaviness that bows to no altar but that of the riff. With the smoky flavors of hazed out doom and the stomping cadence of rock’s heyday, the band both tickles and deafens the ears with the theatrical flashes of Mercyful Fate, the ominous tones of Electric Wizard, and the ferociously feral feedback of a Sleep dirge.

The band says: “We are excited to announce our collaboration with Argonauta Records for our next LP. As a band, we have continued to evolve and mature, while maintaining the core sound of what is Destroyer of Light. So, after finishing the writing process and doing pre-production on these new songs, it is rewarding to have a record label that feels enthusiasm for these songs just as much as we do.”