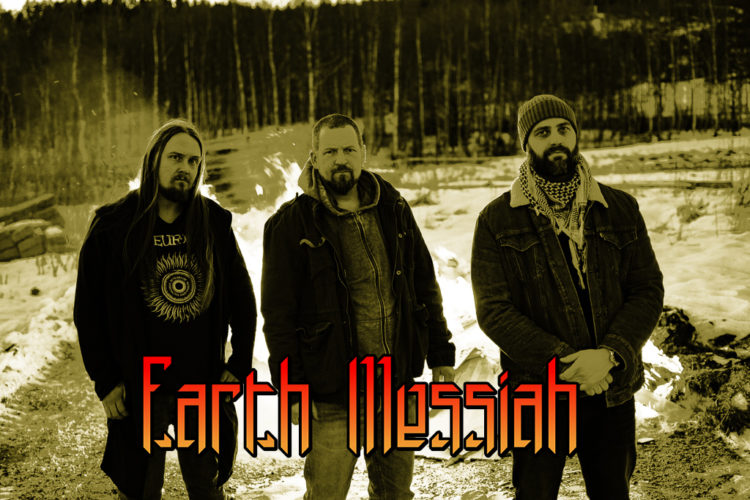 EARTH MESSIAH born in 2017, when long time stoner fans Mathias Helgesson (UNHEALTH, ex-LAWGIVER) and Patrik Orrmén (ex-FUZZTRATED, ex-RHUBARB BLUES BAND) met up to write some tunes together. Things hit off directly, and the tracks seemed to come naturally as soon as the two played together.

With Mathias strong songwriting and the pounding drive of Patrik’s drums in place, the search began for more band members who shared their mutual vision. After trying out some bass players and vocalists, it was decided that Mathias vocals was more fitting for their style. In early 2018 they met up with Marcus Hedkvist (FROM SOIL, ex-ESKATOLOGIA) and it was fuzz at first sight, thus completing the power trio.

The band says: “We’re very excited to sign to the Argonauta roster! We feel like we’re in great company and that this will be a good platform to reach out with our music. We’re right now doing preproduction demos for the upcoming album “Ourobouros” – and we feel that we have a strong 8 track album which is likely to create a buzz for you listeners! Stay tuned for blues fueled stoner rock greatness!”.

The 2 track demo “Nocturnal Thoughtgrinder” was recorded in late 2017, and rendered in lots of positive feedback and interest in the band. They are currently recording the debut album “Ourobouros”. Stay tuned kids!