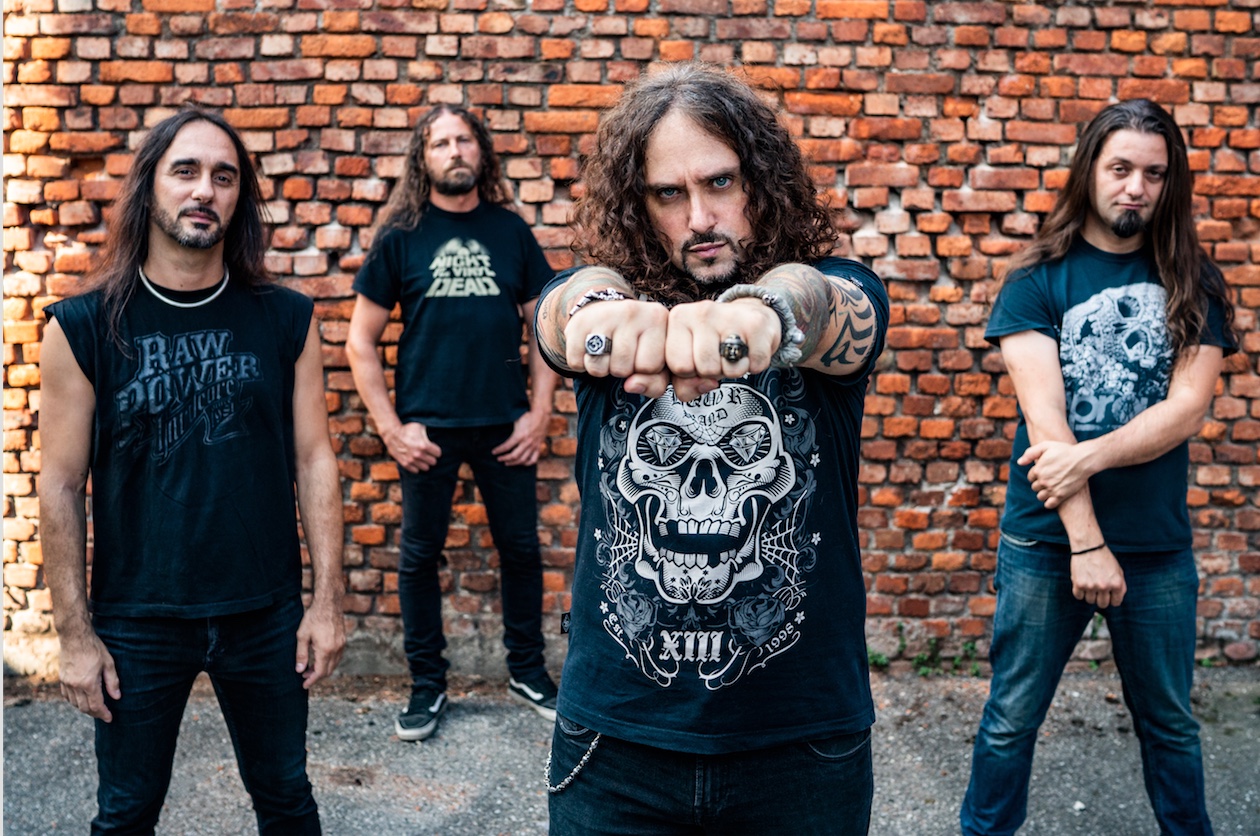 In three weeks, on May 10th, 2019, Italian groove thrash metallers EXTREMAwill release their seventh studio album “Headbanging Forever” via Rockshots Records! Today the band has unleashed another track off their new record. Check out the breakneck-paced track ‘Pitch Black Eyes’ over on YouTube: https://youtu.be/zN-r_YPshs4

EXTREMA’s frontman Tiziano Spigno states: “The lyrics are inspired by Lovercraft’s prose poem ‘Nyarlathotep’. The poem itself is a bleak view of human civilization in decline: Nyarlathotep is a tall and swarthy man, whom wanders the Earth, demonstrating his magical powers. In every city he gets, he brings terror and destruction, announcing the world’s collapse”.

Recently the band released the video for the first single ‘For The Loved And The Lost’. Watch it now on YouTube: https://youtu.be/GlKb41YW5I8

The video has been directed and edited by Daniele Farina, who already directed other three EXTREMA videoclips. The choreography has been filmed in Orlando, Florida and the dancers represent “Las Catrinas de los dias de los muertos”.

You can listen to the song here: http://smarturl.it/HeadbangingForever
Spotify: https://spoti.fi/2Hbom71

Pre-order the album digitally to receive ‘For The Loved And The Lost’ and ‘Pitch Black Eyes’ instantly:
https://apple.co/2HlQlB8
https://amzn.to/2VLQd1F

In May 2017 the band welcomed the new frontman Tiziano Spigno. Thanks to his entry, EXTREMA can finally release all the creativity repressed in recent years: a violent, direct and engaging approach which is – at the same time – also varied, courageous and experimental, resulting in the new album “Headbanging Forever”.