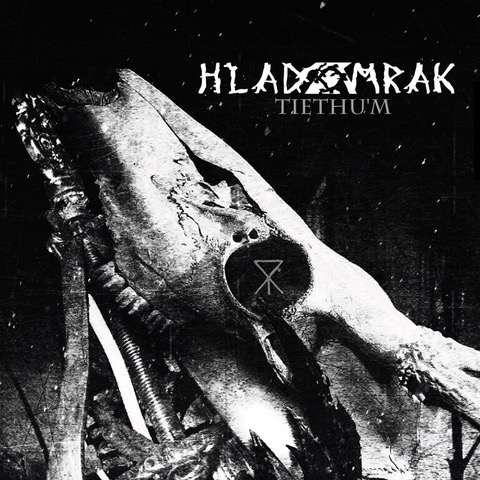 Today Swedish Black Metal horde HLADOMRAK unleash the new song “Tiethu’m”. The single is taken from their third full-length album “Archaic Sacrifice” which will be released on September 10th 2021 via Non Serviam Records. This opus is an epic journey across black metal with the band’s very own, unique flare to it.

“The name comes from the ritual language Reithariil, from Talon’s book ‘Fall Division’. Directly translated it would be ‘shunned from the temporal sense or comprehension’. In other words, ‘Tiethu’m’ would be that what cannot be seen or touched by the material realm, the incomprehensible. The lyrics tell the story about the work of entities, I’s, who affect the course of humanity in the background, unnoticed. They keep watch, alongside eternity, while influencing a dying race of self-indulging materialistics who call this planet theirs”, explains the band.

“Archaic Sacrifice” will be released as jewel case CD and digital. Pre-orders are available HERE: