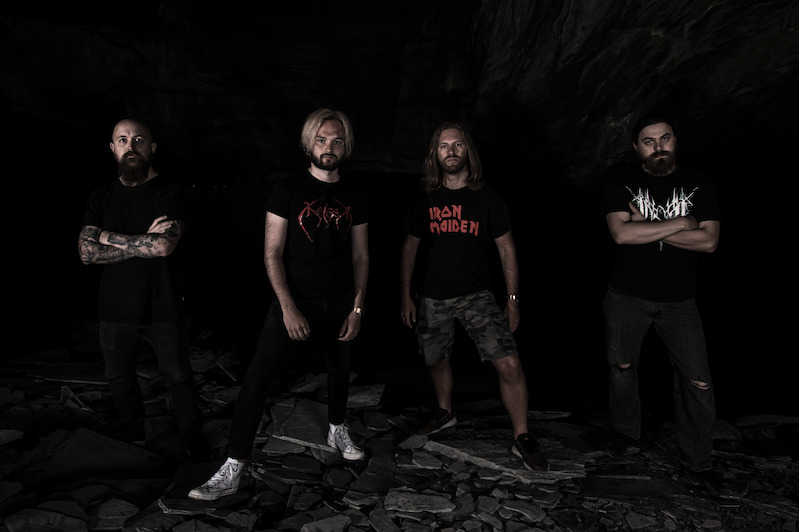 Two weeks ago, the black metal band from Norway, KEISER, released their critically-acclaimed new album “Our Wretched Demise” via Non Serviam Records. But the news is not over and today the band reveal the new music video for “Far From Human”.

Keiser comment: “Finally we can present our very first music video, which accompanies “Far from Human” from our recently released album “Our Wretched Demise”. The video is directed and filmed by Oddbjørn Haugen, who was actually our bass player from 2016 to mid 2017. Ingvild Skjulstad did all the lighting. They both did a great job with the music video, and hopefully it will give people a sense of how it is like to watch us perform.”

“Our Wretched Demise” can be purchased here in the format of your choice:

“Our Wretched Demise” is a listening experience, ranging from short, direct and fast to long, epic and progressive tracks. “We wanted to make an album where war is the general theme”, KEISER comment about the album. “The lyrics deal with different aspects of war, especially the human side of it.”

Formed in 2015, KEISER return with a new album after the 2016 EP “Ascension of Ghouls”, with a still raw and primitive sounding, and their full-length debut album “The Succubus” in 2017 which saw the band begin to tour and create a small but loyal fan base in their home country.