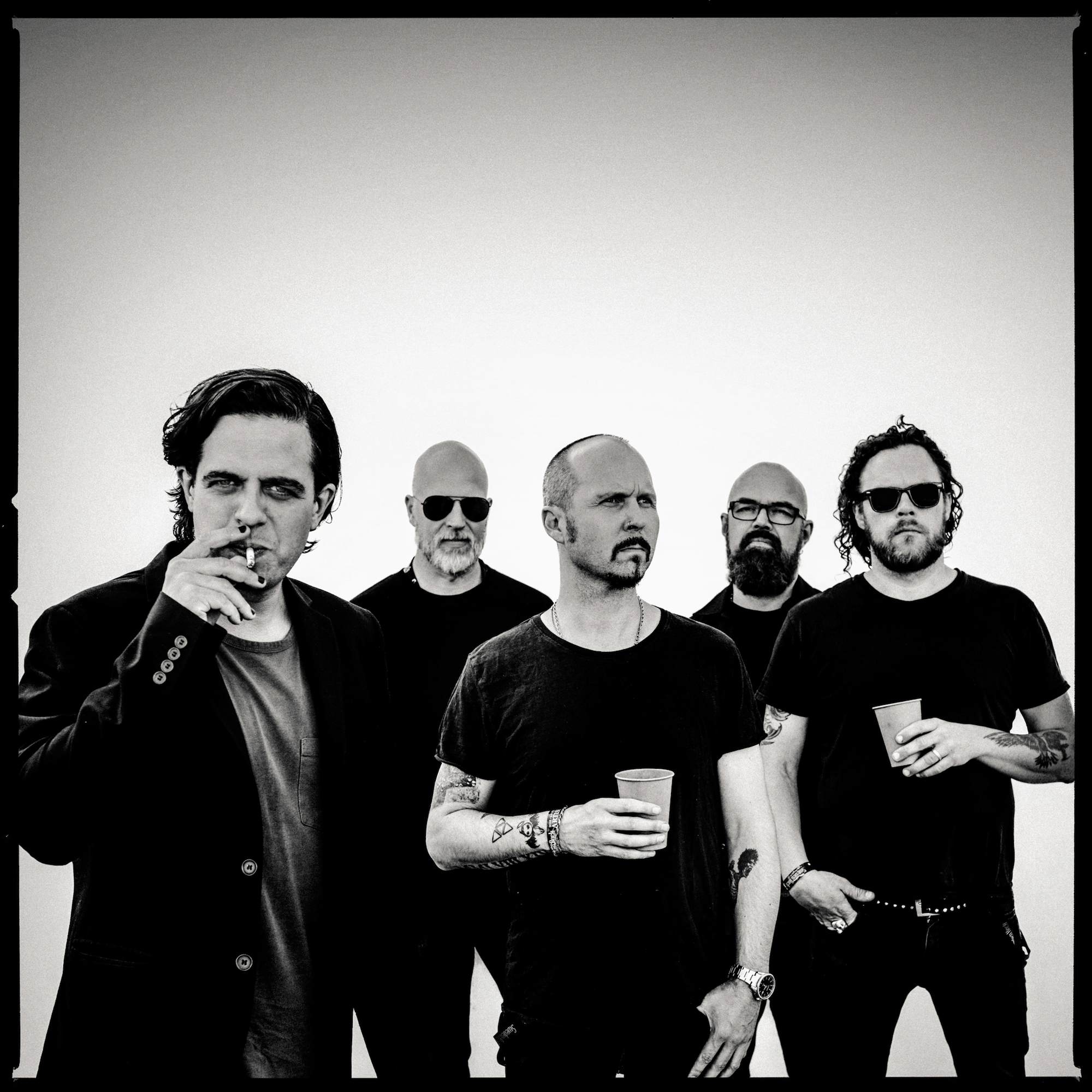 Industrial metal pioneers MISERY LOVES CO have – finally! – started the recording of a brand new album. More news to follow shortly, but until then…

Jerker Josefsson, the master mind behind everything concerning the bands visuals (record covers, merchandise, live visuals, etc) came by the studio in Solna (just outside Stockholm, Sweden) with a camera over his shoulder. No one in the band knew he was going to film and everyone was so focused on the song “Only Happy When It Rains” that no one really paid attention to the guy with the camera.
But he filmed, oh yes he did.
And the result? It looks absolutely amazing.
No stage clothes, no planned moves or “cool” props.

Just Misery Loves Co the way they look when they think no one is watching.
Check it out below:

“Only Happy When It Rains” was a huge hit with GARBAGE in the 90’s. It will be featured on the upcoming album by MISERY LOVES CO – their first full length album since ”Your Vision Was Never Mine To Share” (2000). The song was mixed by Roberto Laghi (IN FLAMES) and mastered by Rickard Sporrong (PEACE, LOVE & PITBULLS).

Released its self-titled debut in 1995 (a year earlier in Scandinavia) and soon became one of Europe’s most talked-about up-and-coming metal bands. With songs like “My Mind Still Speaks” and “Kiss Your Boots”, they managed to mix aggressiveness with melody and innovativeness with an impressive songwriting. Both audience and critics took the band to their hearts and perhaps Metal Hammer said it best: “If someone were to prescribe a formula for how metal should sound in 1995, it could be described in three words — MISERY LOVES CO.”

Tours and shows in both Europe and the U.S. followed with such acts as SLAYER, MACHINE HEAD, DEFTONES and PARADISE LOST. MISERY LOVES CO.‘s second release, “Not Like Them”, earned the band a Grammis (Swedish Grammy equivalent) in the “Best Hard Rock/Metal” category in 1998.

The year 2000 saw the band release its last album, “Your Vision Was Never Mine To Share”, which was a huge step for the band musically. The releasereceived amazing reviews but just a few months later the band split-up and theworld became an inferior place.

Until 2016. That’s when the band exploded on the main stages at some of Europe´s biggest metal festivals. Since then the band have done both club shows and festivals mainly around Europe. In 2017 they also boarded the world’s biggest metal cruise 70000 Tons Of Metal in the US.

A year after their return the instant MISERY classic “Would You?” was released digitally in June 2017. In March 2018 another song – “Suburban Breakdown” – hit the digital platforms all over the world. This summer the band did a very talked about show at the Sweden Rock Festival and more shows will follow in Sweden around the release of “Only Happy When It Rains”. A full album is planned for 2019.