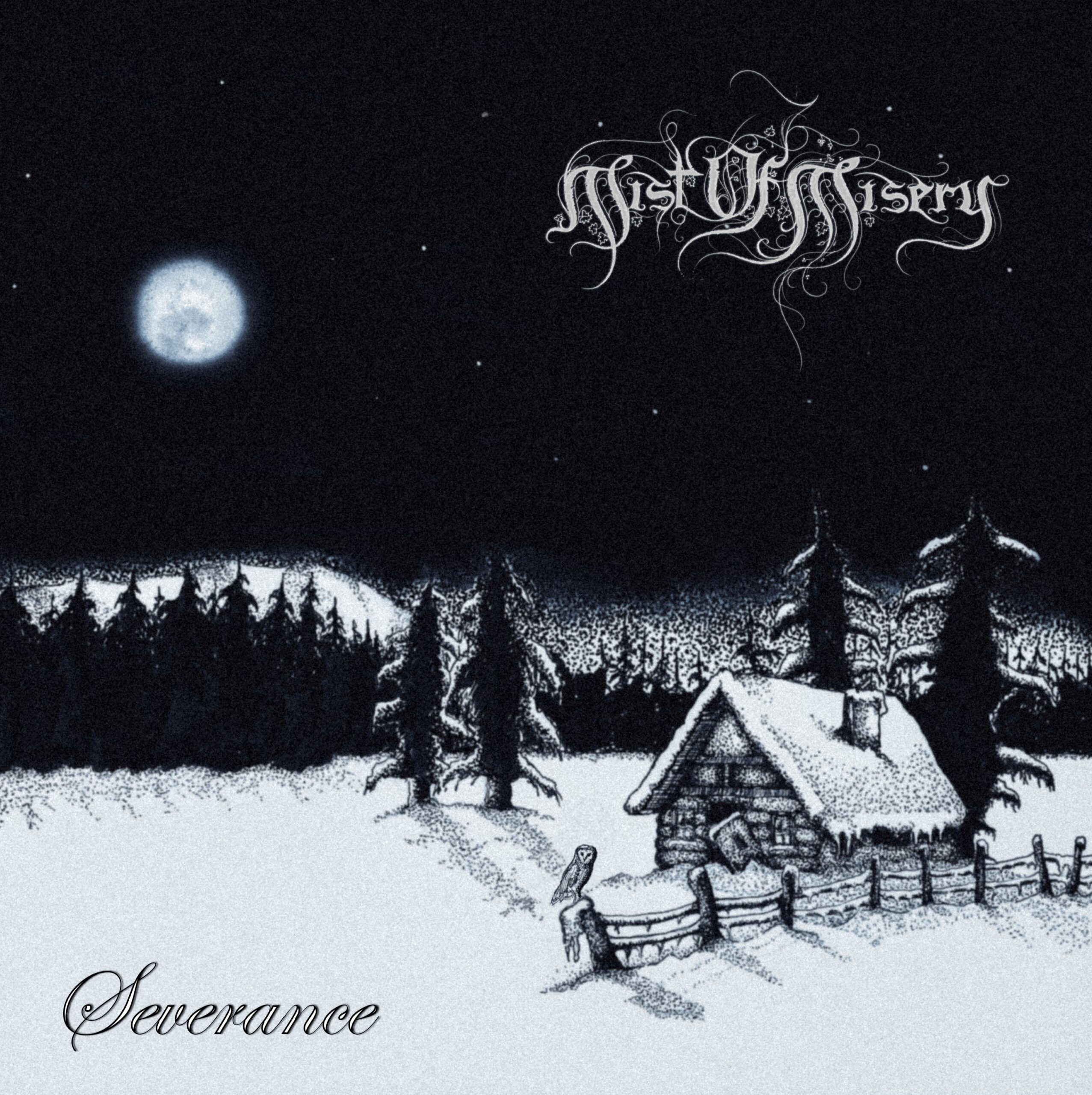 “Severance” is the first MIST OF MISERY’s concept album, and it tells a tragic tale which takes place in 19th century rural England. It is filled with melancholy, grief and despair.

The band explains: “We are aware that it differs quite a bit from our previous albums but the core elements of Mist Of Misery are still very much present. We hope that it will satisfy our old fans and also bring in new fans. All the tracks for ‘Severance’ were written specifically to fit the story of the album as it is a concept album. Therefore we had to carefully match the atmosphere of the story and the individual songs as the story unfolds. The writing came naturally but we obviously had to carefully decide the order of the songs”.

“Severance” is available as CD and digital. Order your copy now: https://li.sten.to/mistofmisery

“Into The Embrace Of Winter”: https://youtu.be/Ar6m4vNgNKk

The band shares also a track-by-track commentary about the album’s songs:

An Ode to Solitude: A well crafted opener that sets the tone for the rest of the album. A very melancholy piece that has a lot of woodwind instruments and gives off a feeling of calm and sadness.

The Long Road: A song in a medium tempo, quite catchy and for sure an unusual song for Mist of Misery. It relies heavily on percussive and key instruments, such as glockenspiel, celeste, piano and harpsichord.

A Sombre Solace: The biggest surprise of the album. Another unusual song for us but this one is faster and unusually straight forward for a Mist of Misery song. Lots of guitar melodies. Hits home instantly. It is based a lot around french horns and other brass instruments.

Into the Embrace of Winter: Kicks in strong after a short intro. Has all the classic trademarks of a Mist of Misery song. Relies heavily on percussive instruments, plucked strings, choirs and french horns during the choruses.

A Wasted Life: An instrumental song on piano, melancholy yet short and sweet.

Through Night´s Gloom: Lots of doom and gloom. The title fits perfectly. The longest song of the album. Slow and brooding for the most part. It is based mostly around slow strings and bellowing brass instruments.

Oceans of Grief: A very melodic song tinged with sadness and a memorable chorus. It is mainly focused around staccato, spiccato and tremolo, and contains a large variety of instruments.

Severance: The title track is perhaps the strongest, most beautiful song of the album. It has absolutely stunning guitar melodies. Orchestration wise there is a lot of staccato, and a lot of emphasis on the melodies that are mostly made up of violins, violas, french horns, trombones and trumpets.

Reflections: Another short instrumental song with piano, strings and woodwinds.

Towards the Descent: The last song on the album and very ominous sounding. The grand finale and a perfect conclusion to the story. It is based around harpsichords, low brass, french horns and melodic strings.

About MIST OF MISERY:

MIST OF MISERY was formed by Mortuz Denatus (VANHELGA) in 2010 in the northern suburbs of Stockholm with the vision to create music that was based on melancholy, darkness, depression and atmosphere. The band released the EP “Bleak Autumn” EP, followed by the full-length album by the same name in 2011. The EP “Temple Of Stilled Voices” saw the light of the day in 2013. MIST OF MISERY released their second full-length entitled “Abscence” in 2016 which showcased the progression the band had made since their early days. Thanks to its blend of atmospheric black metal and symphonic and depressive elements, the album was very well received around the world getting tremendous reviews. Before its release, Livsnekaren had joined the band on drums and was soon followed by Tenebris (ex-VANHELGA and ex-GRÁ), who joined the band on bass for various live performances and later became a permanent member in 2017.

The band followed up the critically acclaimed album with two EP’s in 2017 entitled “Shackles of Life” and “Fields of Isolation”. The following years MIST OF MISERY performed at festivals in Bulgaria, Germany and Wales as well as various gigs in their own home country while writing their next album. The epic and grandiose double record “Unalterable” (2019) displayed the band’s evolved atmospheric sound. It garnered much praise and paved the way for another evolution in the soundscape of MIST OF MISERY, which was made evident when the band began working on a new album, along with the new singer Änglamakaren (Night Crowned).

The writing of their new effort took the band’s symphonic sound to new heights. MIST OF MISERY finished the recording of “Severance” in early 2022 and soon signed with Non Serviam Records, with a planned release on November 4th 2022.

MIST OF MISERY are