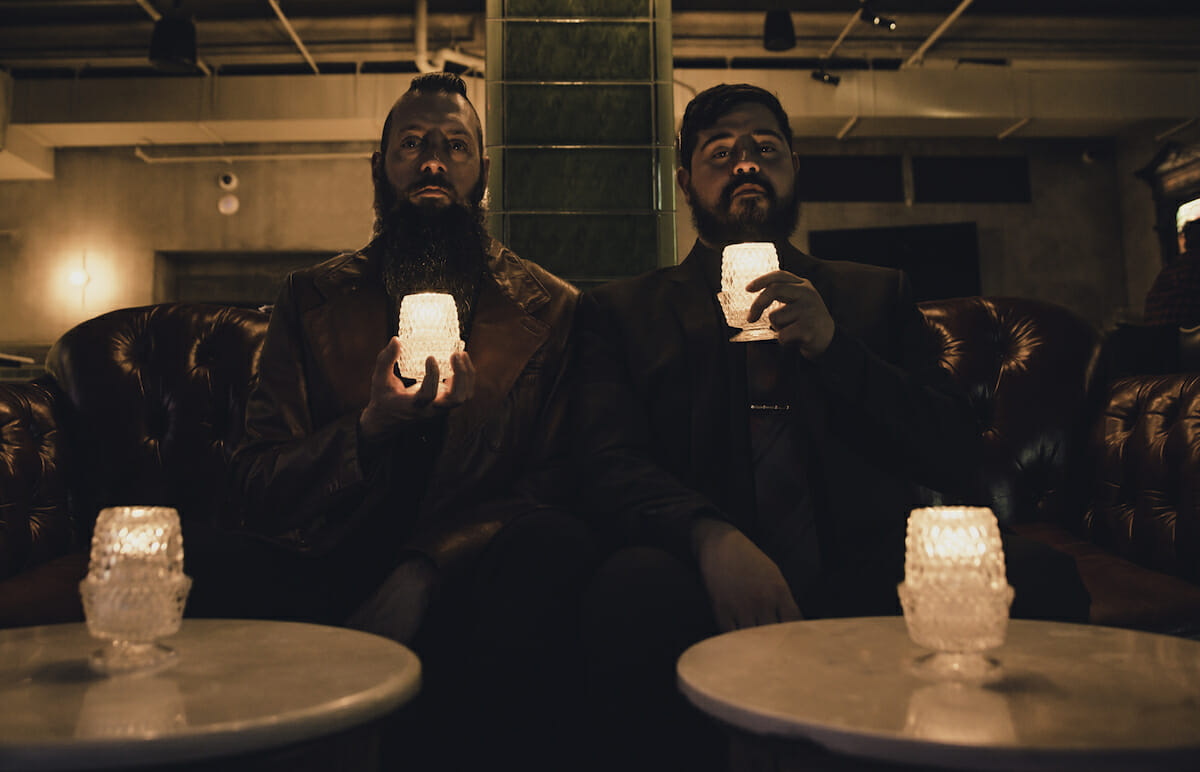 We are proud to announce that the Austin Texas two-piece MONTE LUNA will be joining Argonauta Records family!
Monte Luna is the brain child of James Clarke and Phil Hook. Formed in 2015, Monte Luna began devising a plan to take Texas and the U.S. by storm. During their debut 2016 EP “The Hound” (Self Released) Monte Luna was a three piece. Not long after that due to differences between the band Monte Luna trimmed the fat to become one of the finest duos this side of the pond. “I figured why have someone else do it (play bass) when I can do it myself, I’ll just run a bass and guitar rig.” – James. This technique of ABY pedal into a wall of doom has created the crushing tone you hear today.
Monte Luna’s full length album was released in September 2017 on Digital, CD and Tape formats and has been exceedingly well received by fans and critics alike. The Sludgelord has named the album the number one new album unearthed in 2017. With stellar reviews from all sorts of media, and Todd Manning of the infamous Indianapolis band Coffinworm writing a stunning review via Invisible Oranges, it was only a matter of time this album would make its way to vinyl.

About the label deal: “We are beyond honored to join the Argonauta family. This is our first vinyl venture and we couldn’t be happier with them! Gero rules!”

Monte Luna’s self titled album will be re-released worldwide on vinyl Summer of 2018. The album weaves the epic 72 minute concept album tale of a band of warriors trying to defeat Father Arbitor, a Necromancer who has destroyed their home. Unfortunately for these brave warriors, things are not always as they seem, fear of the unknown has always been mans greatest burden. Is killing the Necromancer the right thing? Is it the means to an end? or has time kept them in an endless cycle of death and chaos for 6,000 years?

“This is doom metal doing what it does best: invoking a sense of timelessness and vastness on a mythic scale. Monte Luna tell their story not as a narrative arrow plunging forever forward through time, but rather as the vast grinding gears of history in which every beginning is just cycling through until the end again.” – Invisible Oranges

An Interview with the Sludgelord:
https://thesludgelord.blogspot.com/2017/11/interview-if-carlsberg-did-dynamic.html