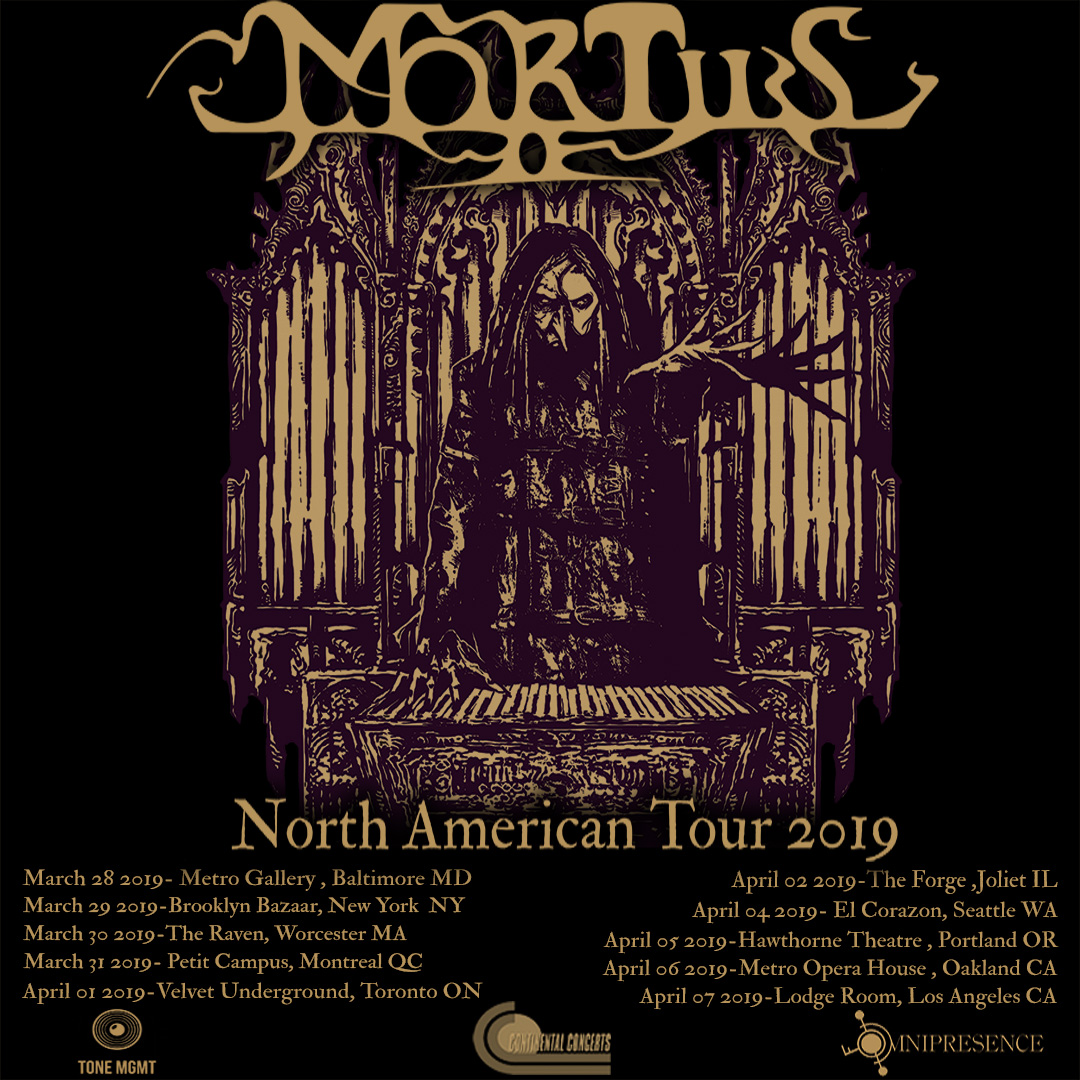 Norwegian visionary artist MORTIIS proudly announces his return to North America in 2019! The godfather of dungeon synth is set to embark on a 10-date trek from March 28th to April 7th 2019.

After playing in Europe (including several festivals), Russia, Australia, Mexico and South America, for the first time in almost 20 years MORTIIS will perform his Era 1 material in USA and Canada.

“It’s been almost 20 years since I toured the US under the Era 1 version of Mortiis, so it seems like it’s about time to do it again. I’ve been traveling around Europe and parts of the rest of the world, performing the re-invented ‘Ånden som Gjorde Opprør’ (The Rebellious Spirit) album, and at long last I’m bringing it over to North America as well“.

Check out below an excerpt of MORTIIS’ performance at Cold Meat Industry Festival.

Confirmed dates are as follows:

Recently MORTIIS announced the re-release of “The Song of a Long Forgotten Ghost”, the early 1993 recording that, arguably, started the movement that came to be known as Dungeon Synth. Originally released as a demo more than 25 years ago, this mythical recording has been carefully restored and remastered by Jules Seifert at Epic Audio London, in close collaboration with MORTIIS. The Song of a Long Forgotten Ghost will be reissued by Funeral Industries on LP and CD. The LP comes on limited edition Black, and Red vinyl versions on December 14.