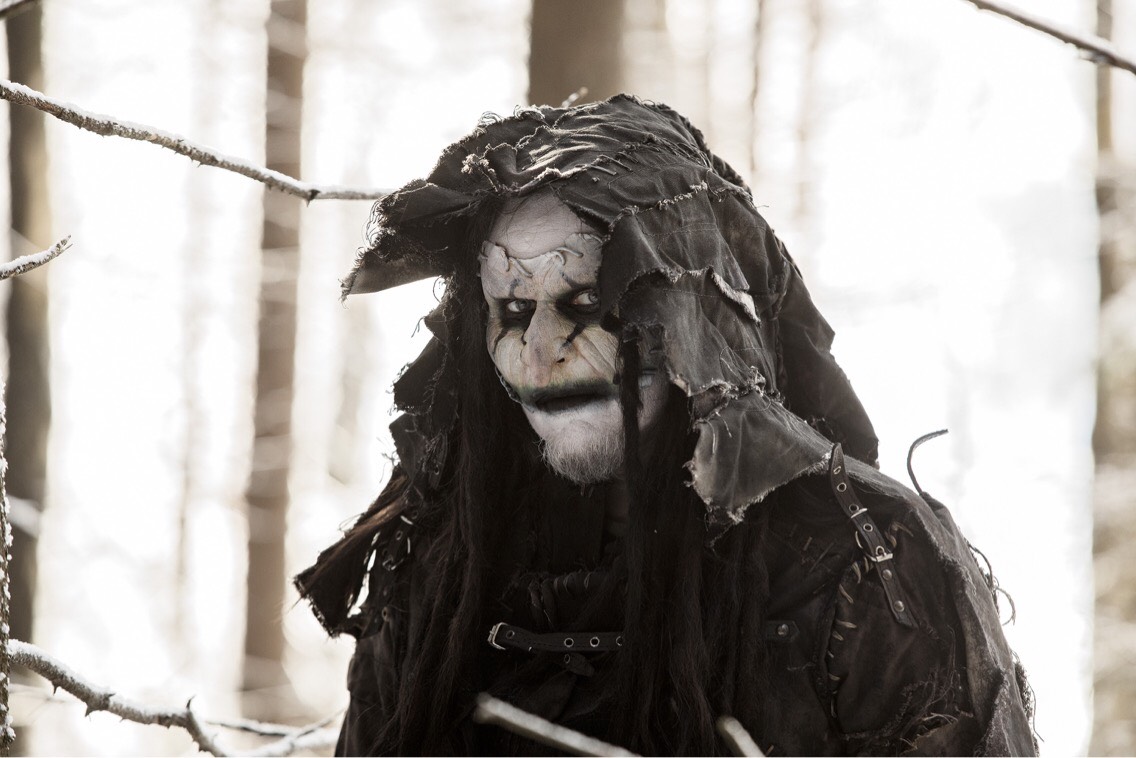 Saturday March 10 2018 will be a special day for the King of ‘dungeon synth’ movement! That day he will be signing copies of the book “Secrets of my Kingdom: Return to Dimensions Unknown” at the store Crypt of the Wizard (London) around noon. 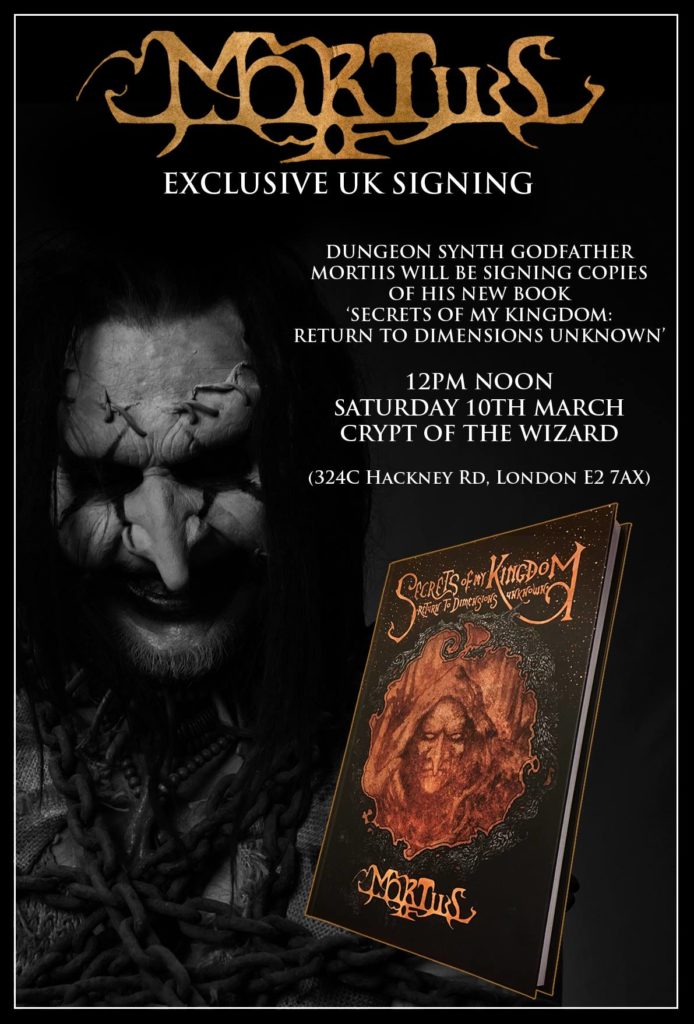 Created back in the 1990s and originally released in a highly limited edition form, Secrets Of My Kingdom provides an unforgettable insight into the otherworldly creations of dark ambient godfather Mortiis. An utterly unique and compelling collection of writings and illustrations (created by a number of talented artists), it significantly fleshes out the rich universe that is glimpsed within those early musical releases.
Considered a legendary tome by fans, the rare original changing hands for literally hundreds of dollars today.

The book is due to appear March 10th 2018. It will be released in both standalone format and as a signed box set including embossed box, exclusive shirt, a recreation of the legendary 1993 Født…booklet, 12 piece set of art prints and certificate of authenticity signed by Mortiis himself. 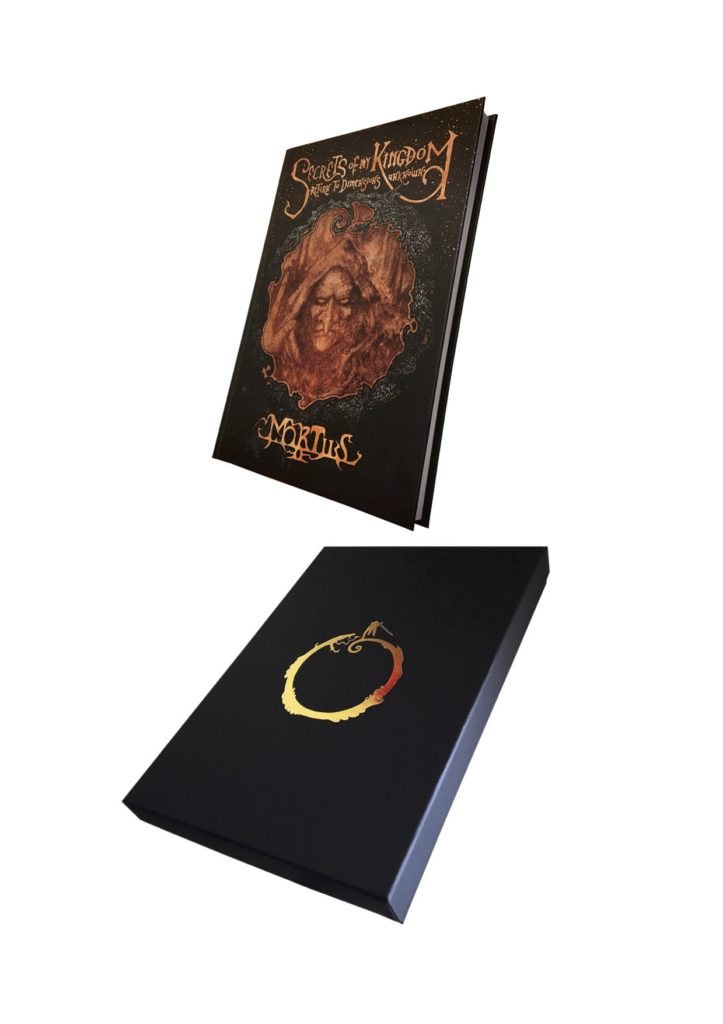 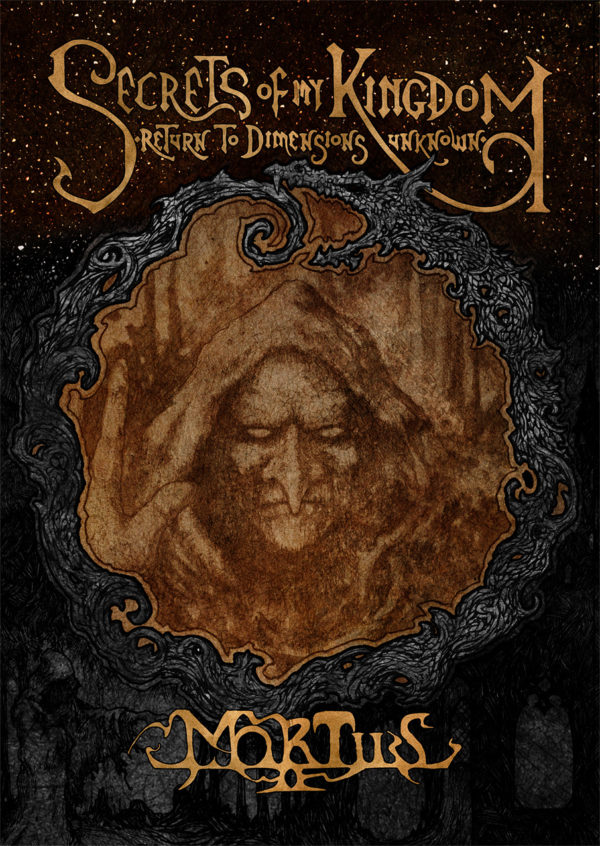 🔥 Listen to our NEW RELEASES PLAYLIST on Spotif