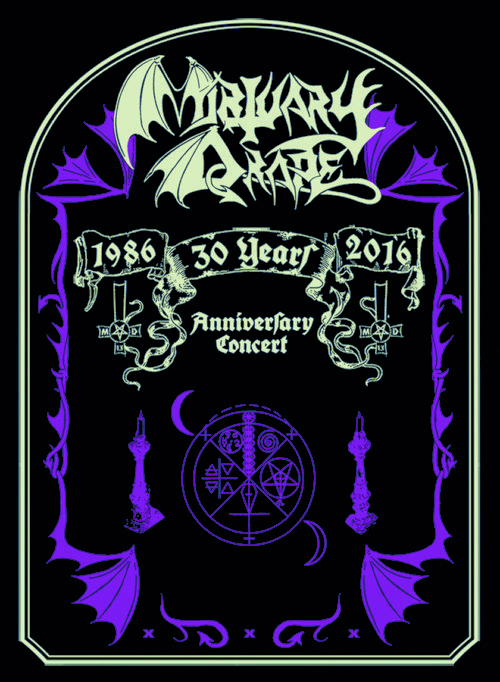 On November 2, occult black metal legends MORTUARY DRAPE will release a DVD of their unique 30th-anniversary show. The limited edition DVD is almost sold out. The latest copies can be ordered sending an e-mail to info@mortuary13drape.com
Recently the band launched a trailer for the upcoming DVD.

The DVD “30th Anniversary Show” will feature the entire gig – 2 hours and 20 mins.