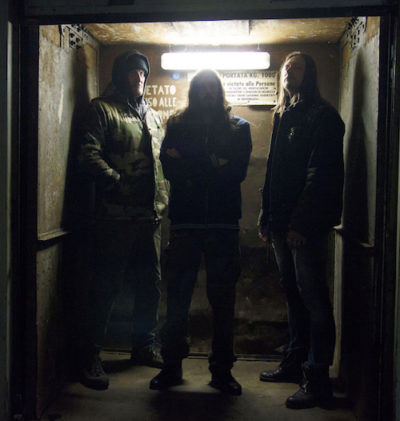 Ritual Psych Sludge masters NIBIRU reveal cover artwork and tracklist of their highly anticipated new album. Following the great feedback received across the board by their works “Caosgon” and “Netrayoni”, NIBIRU are now ready with their new beast “Padmalotus”, to be released by ARGONAUTA Records on May 18th 2015.

PADMALOTUS was recorded at Aadya’s Temple, then mixed and mastered by Emiliano “Pilloplex” Pilloni at Soundlab Studio. The Italian trio created its own Art focusing all the energies on the songs’ structure, instead of following the improvisation as they did in the previous albums.

NIBIRU have explored territories never visited before, also in terms of melodic research and songwriting. They aimed at standing out from the nowadays psychedelic acts. “In our opinion, psychedelic research is seeing the world as it is, speaking without preconception, being a storm’s breath”, states Ardath, band’s singer and guitarist.

The 4 tracks off PADMALOTUS (plus a ghost track) were written between September 2014 and January 2015. According to the previous albums, CAOSGON (2013) and NETRAYONI (2014), also PADMALOTUS is connected to occult themes of Eastern Orient. NIBIRU loves exploring the Left-Hand Path (Vama Marg), Kuala rituals, Aghori rituals, and Kundalini awakening.

“PADMALOTUS does not represent a step forward compared to NETRAYONI or CAOSGON, but a move to a higher level. As the lotus grows out of mud, blossoms above the water and rises to the sky, our latest album is a real elevation compared to our previous ones. We stayed true to our roots, but at the same time we stepped into a new territory”, explains Siatris, drummer and guitarist.

Since their inception in 2012, NIBIRU gave vent to their ritualized improvisation urge. They totally refused the concept of ordinary song form, leaving their energy flow, and channelling that into live recordings. “The first 2 years of NIBIRU were a time of empathic creativity. We used to communicate in a roundabout way. Improvisation was instinctive during the making of CAOSGON. Some kind of song structure was there, but in fact we went through an explosion of freedom in writing and playing. NETRAYONI is the zenith of NIBIRU’s improvisation. Maybe those times have been unique, most likely they are”, states the bassist RI.

In Fall 2014 NIBIRU signed to Argonauta Records, and CAOSGON and NETRAYONI (originally self-released) were reissued by the label in January 2015.

Following their philosophical path, the band crafts PADMALOTUS (“padma” means lotus in Tibetan language). Once again, the lyrics are in Enochian language. “We have chosen to reveal our invocations using this ancient language, in order to express ourselves in many different ways. Our lyrics are very personal and can’t be compared to traditional patterns. Enochian language allows phonetics to take space, so that our feelings can be expressed without being trivialized by constrictive words”, explains Ardath.

Through PADMALOTUS, NIBIRU reach their artistic peak. Or at least until the next expressions of their invocations. 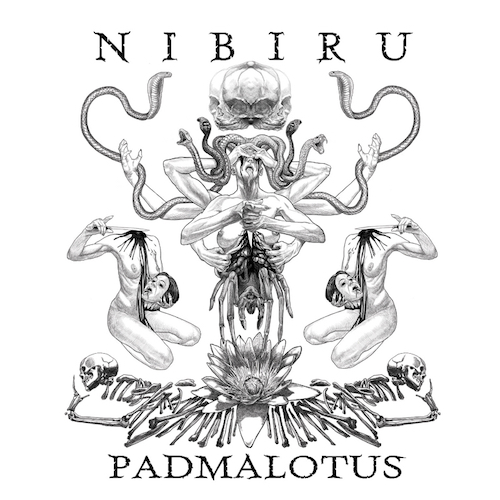