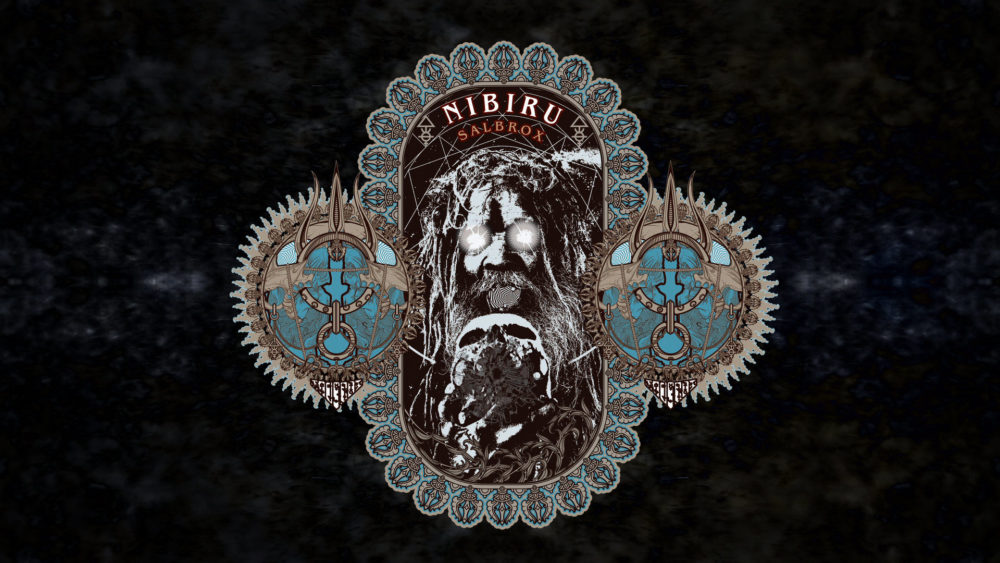 With Nibiru‘s forthcoming album Salbrox edging ever closer to release, we now invite you to behold the rite’s first aural and visual offering. Set to the track ‘EXARP’ – meaning ‘Spirit of Air’ in Enochian magick – the video calls you into Nibiru‘s alchemic sphere of scrying and manifesting visions, intent and psychic wisdom.  The irresistibly hypnotic artwork and visuals are courtesy of the ever magnificent VALNOIR | METASTAZIS with video direction by Marco Testa. Stem into this plane by permitting your consciousness and perception to ‘EXARP’ below…

Titled Salbrox, meaning ‘Sulfur’ in the Enochian language of which the band profess, the rite is a cataclysmic psychic journey of visionary magick, elemental prophecies and esoteric supernormality. Tribal percussion, evocative mantras and hypnotic drones imbued with the band’s amalgamation of black metal, doom metal and psychedelic textures formulates a fascinating, idiosyncratic art. Vocals harbour a possessed and rasping quality that surely summon spectres far beyond our comprehensible realm, bringing forth a divination of the self.

Conceptually and spiritually, Salbrox is inspired by the continuous re-adjustment between disharmony and balance. Salbrox aims, via mysterious and enigmatic practices that reflect an ouroboros quality of death and rebirth, to explore the transmutation and regeneration of the human being that occurs at every level – spirit, soul and corporeality.

In turn, the alchemical practice of ‘Solve et Coagula’ – meaning to dissolve and coagulate – is the foundation of Salbrox. This ethos points towards the liberation of the human from impurities and the destruction of the Ego, permitting an alternative self-awareness and synthesis. The rite is thus a magick process that follows the key principles of alchemy, merging deep, ancestral knowledge into sound voyages that awaken the darkest and most hidden chords of consciousness.

Salbrox was recorded live and mixed at Music Lab Studio, Italy by Emiliano Pilloni and mastered at Audiosiege by Brad Boatright. Produced by Nibiru. 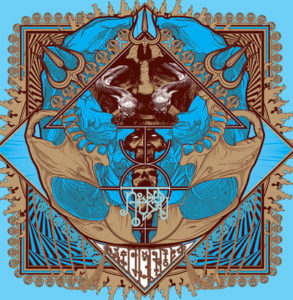 For those uninitiated to Nibiru’s sound, the band formed in 2012 with shared spiritual and emotional knowledge existing between the three members. This knowledge transmuted, and every energy concentrated, into a totally impetuous creative approach with their subsequent sonic sorcery conjuring a ritualistic psychedelia. The Italian three-piece immerse listeners within their terrifically hypnotic realm of mind-altering heavy psychedelic sonics, where deep Enochian chants seamlessly infuse with phenomenally sublime ritualistic tones. The result induces an entrancing and magick ambience that simultaneously conjures awe and wonder with foreboding danger and terror, speaking profoundly to your subconscious. Extreme in all elements, Nibiru continue to reach higher musical prowess with each aural offering.

To date, Nibiru have four releases that have met exceptional praise from the worldwide press – Caosgon, Netrayoni, Padmalotus and Qaal Babalon, respectively. The band have also hosted a string of soaring gigs across Europe, including an excellent performance at the 2016 edition of the highly esteemed Roadburn Festival.