“The video was a long shot – Courtney, a great US director had a vision depicting a girl navigated by a tower which sends out therapeutic signals. We made it in three pieces and are very proud of the result. It contains computer graphics, makeup effects and are basically done out of a zero-budget. It´s made out of pure will, and we’re very grateful to everyone involved”, explains the band.

If you have troubles with your mind, why take a pill? In the future you can have implants that soothes the deceiving voices in your head, thus leading them and you towards a brighter place. This song is about a game designed to make you grasp the future you rightfully deserve. On top of that, it has the best chorus of the spring. Indulge! 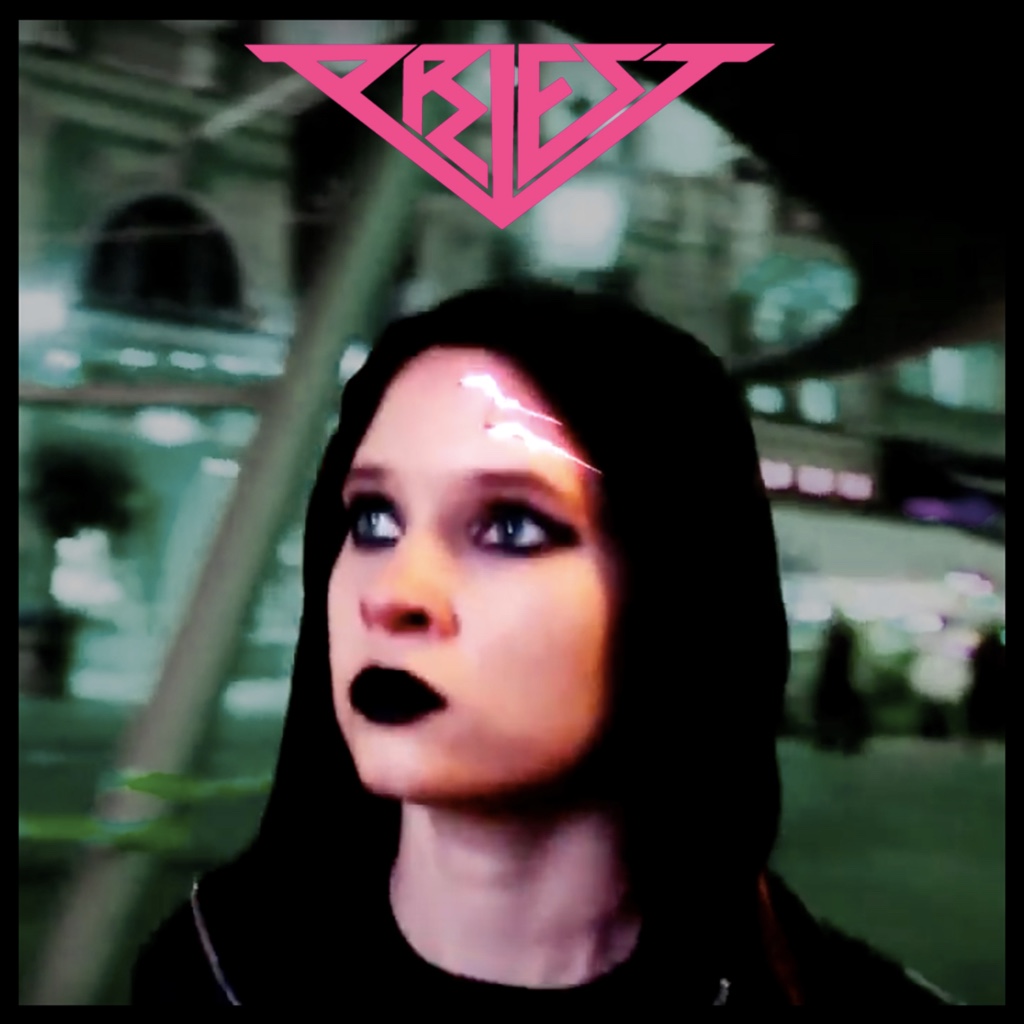 Its just a year ago since the Swedish band released their debut single and since then they have been streamed more than 2,5 million times and got a Swedish Manifest-award for best Synth album 2017. With a mechanical sound, futuristic melodies and a masterful voice, they´ve seduced listeners all over the planet. “Call My Name” is perhaps one of the strongest electro-pop tracks from the debut album. An album that has been praised to update the synth-pop sound for a modern era. Priest has been compared to acts as DEPECHE MODE, ERASURE, ULTRAVOX and THE BIRTHDAY MASSACRE. Priest is doing selected club gigs at the moment and is confirmed for summer festivals as Amphi Festival in Germany and Subkult Festival in Sweden.

PRIEST debut album “New Flesh” is produced by Alpha (ex GHOST) and features a performance by Airghoul (ex GHOST). The recording is mixed by Niklas Berglöf (SLAGSMÅLSKLUBBEN, DEAD SOUL) and is mastered by Magnus Lindberg.
You can order the physical edition of the album:
http://freighttrain.se/en/lovely-records/priest-new-flesh-pre-order.html

Or get the digital version and stream the singles via these links:
https://itunes.apple.com/se/artist/priest/id1205915827
http://www.deezer.com/en/artist/667958
https://open.spotify.com/user/l%C3%B6vely/playlist/68CeIEwevQ1nPGsrdzLEWQ