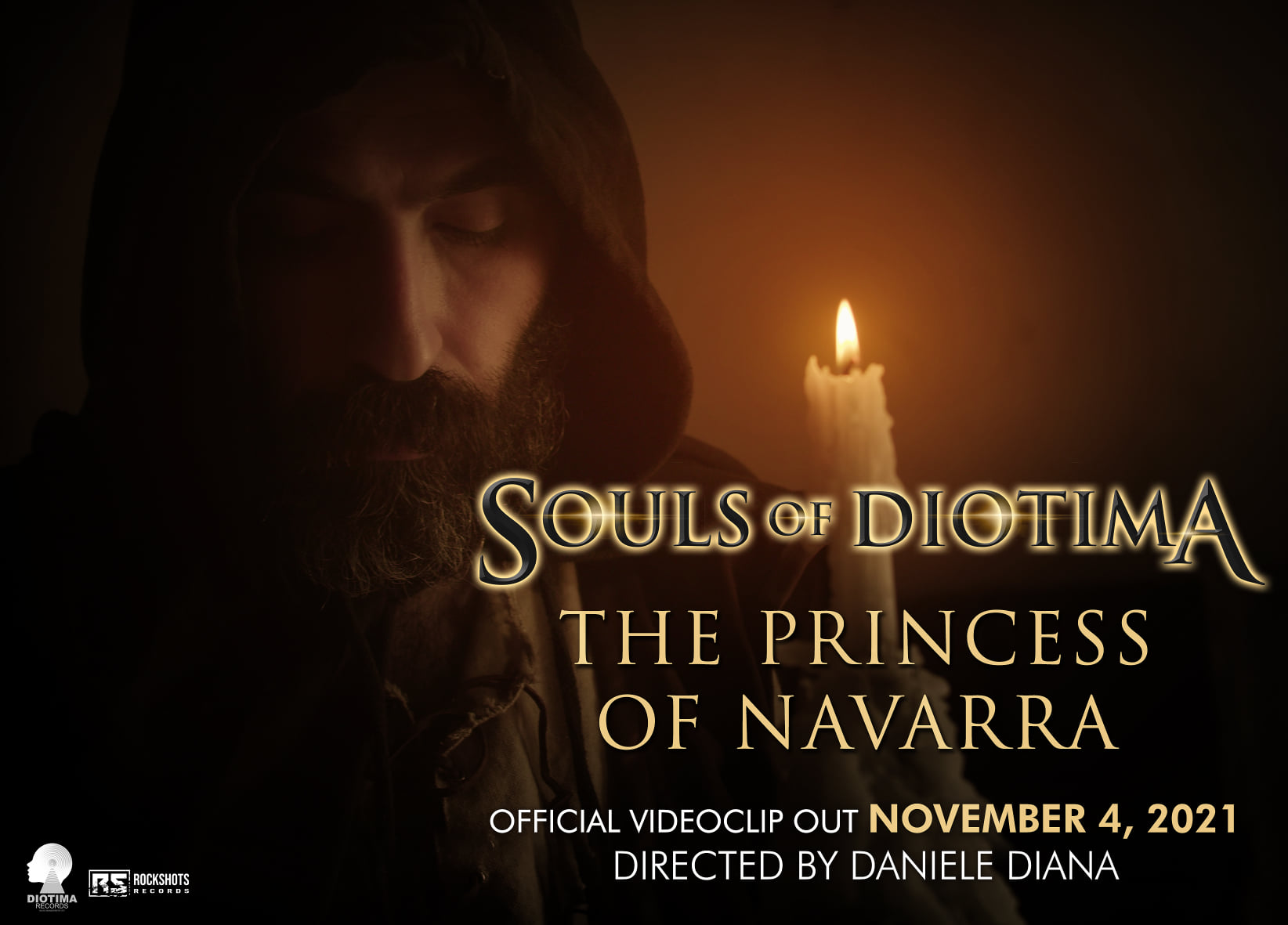 Italian female fronted metal band SOULS OF DIOTIMA unveils the official video for “The Princess of Navarra”. The song is taken from their 4th studio album “Janas”, released early this year via Diotima Records/Rockshots Records.

The video masterfully directed by Daniele Diana was shot on the wonderful coasts of the band’s homeland, Sardinia, right on those slopes, between land and sea, where the legend of which the same song speaks is born. The prefect union between the style of this track, with choral parts and sounds coming directly from their mother earth, and the splendid images, take us back in time in a dreamlike and rarefied atmosphere.

“‘The Princess of Navarra’ is the first ballad of the album. We love this song very much; it transports you, cradles you, encompasses you. Claudia’s singing is almost heartbreaking, moving, and enters straight into your soul. For the first time we hear the choral inserts, but it is not a classical choir, it is a Sardinian singing group called Amici del Canto Sardo. The Sardinian choral group has a very particular, unique sound that can’t be found anywhere else on the planet. In fact, in 2003 it was named by UNESCO as an example of Intangible Cultural Heritage. This song also tells a Sardinian legend, set in a small town called Santa Maria Navarrese. It is the story of the princess of Navarra and her escape to stay with a servant she had fallen in love with, against her father’s will. The princess manages to escape from the tower of the castle where she was locked up by her father, but together with her man she has to face storms at sea to be able to break free and finally live their love story. They manage to save themselves from the stormy seas by landing on a beach, where the town which takes its name from the story is today. Nobody knows whether or not there is any truth is this story”, explains the band.

“Janas” is available now via Diotima Records/Rockshots Records: https://bfan.link/janas. The vinyl version will be released on January 28th 2022. Pre-orders are available now: https://bit.ly/JanasVINYL

“We have a shared interest in the history and culture of the peoples of the sea, of the Mediterranean, and we are one of them. Much of Western history is rooted in the tales of the peoples of the sea, skilled conquerors who crossed the seas to conquer new lands or to defend their own. But there is more. Within Sardinia there are places that often remain undiscovered. Far from the more accessible touristic locations, these places are steeped in stories both true and fictitious, which we were often told during our childhood, and which probably formed the basis of our personality and the way we see the world. In brief, ‘Janas’ talks about these stories, about us, and about the Earth we have been walking on since we were born”, enthuses the drummer Giorgio Pinna.