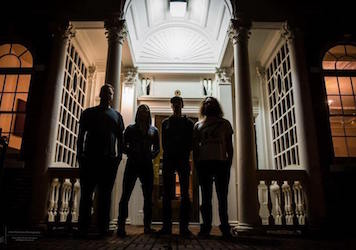 Scorched Tundra is proud to announce the entire lineup for its seventh edition. This installment – taking place on Friday March 3rd at Sticky Fingers in Gothenburg, Sweden – will feature a unique collection of extremely talented stoner, doom and fuzz inspired metal. This lineup is as follows:

Tickets can be purchased at this link.

Scorched Tundra’s mission is to give a new generation of talented bands from Scandinavia and abroad a unique live platform. Scorched Tundra’s billing – based on sound not stature – creates a unique listening and visual experience for the audience. “This years lineup brings together four extremely important, DIY, artists in Sweden’s fuzz and doom scenes. In a focused and intentionally intimate environment the devastating sounds and enhanced visuals have a profound impact on listeners,” states organizer Alexi Front. Scorched Tundra VII marks the event’s much anticipated return to Gothenburg after a sold out two day edition in Chicago earlier this year.

TRUCKFIGHTERS is well known around the world in the fuzz/stoner rock scenes. The Örebro-based three piece has released five albums over the better part of two decades, one documentary, and have been called “the best band that ever existed” by Josh Homme of QUEENS OF THE STONE AGE. Known for its energetic and entertaining live performances, TRUCKFIGHTERS will tour the world in support of its fifth album V (Fuzzorama Records, Century Media) and fifteenth anniversary.

SWITCHBLADE has recorded and released seven full-length albums since it’s founding in 1997. The Stockholm-based doom duo of Tim Bertilsson and Johan Folkesson has uniquely operated as a two-piece since 2010. SWITCHBLADE’s first performance in Gothenburg in nearly five years will feature material from its September 2016 self-titled release (Trust No One Recordings), utilizing longtime collaborators David Johansson (KONGH, OSCILLITRON) and Per Wiberg (SPIRITUAL BEGGARS, ex-OPETH) as live musicians. The aforementioned album has also been nominated for a prestigious “Gaffa Priset” for Best Swedish Rock Band.

AGE OF WOE return to Scorched Tundra on the back of several European tours and festival runs in support of the bands debut Inhumanform (Suicide Records). Gothenburg’s purveyors of filth-ridden, doom inspired, death metal will perform material from its sophomore release An Ill Wind Blowing (War Anthem Records) with strong accompanying visuals.

SUMA complete the lineup for Scorched Tundra VII. Formed in 2001, the Malmö-based four-piece has carved a unique space for itself with its brand of hallucinatory, devastating doom metal. With an active touring past, notably a performance at Roadburn 2010 – with a special invitation from Tom G. Warrior to take part in his “Only Death is Real” curated day – and multiple European and American tours, Suma recorded its third album with Billy Anderson (PALLBEARER, AGALLOCH, BLACK COBRA). The Order of Things (Throne Records & Argonauta Records) was released in September 2016 with strong critical acclaim and a European headline tour. 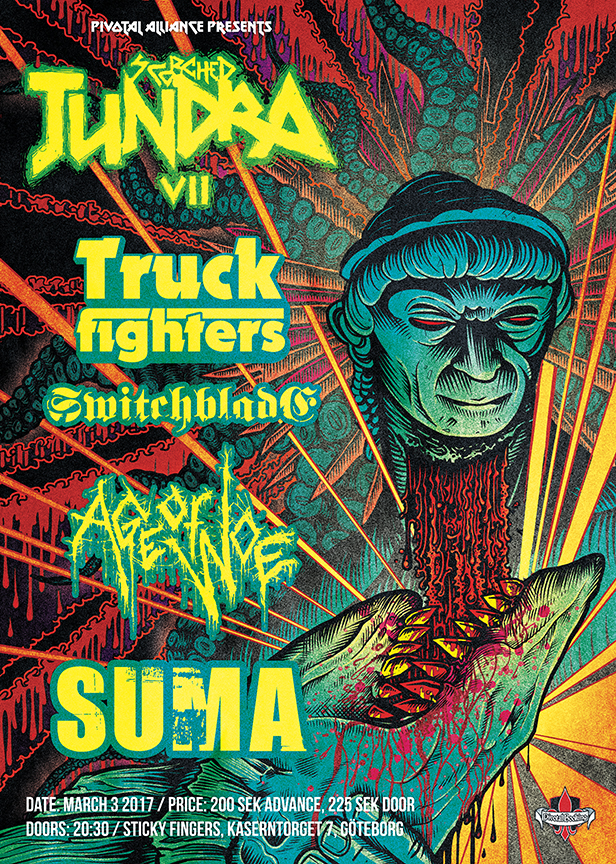