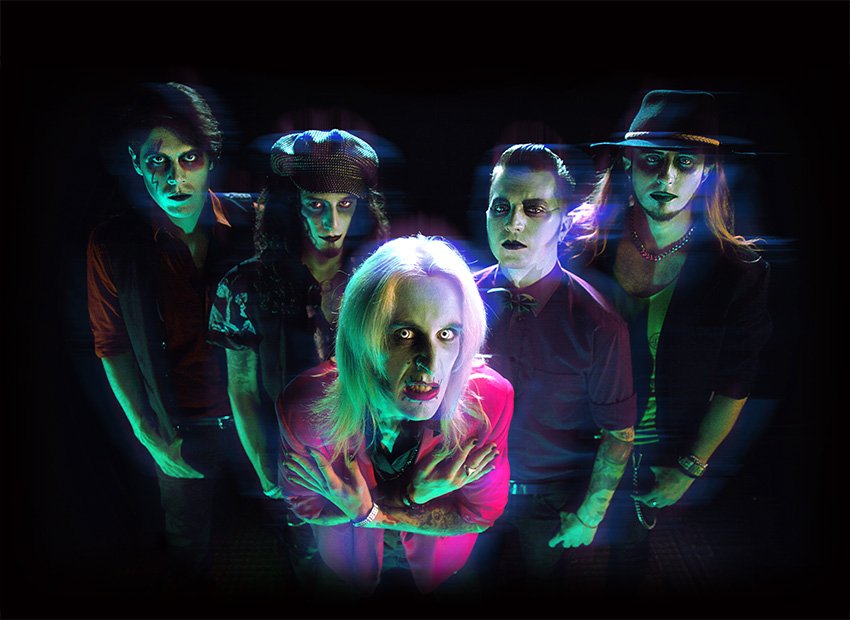 Italian horror punk-metal outfit SUPERHORROR just put the final touches to their fifth studio album. Frontman Edward J. Freak comments: “After the melodic experimentation of ‘Hit Mania Death’ we felt the visceral need to get back to our most violent and furious origins… This album will run over you like a TNT-filled hearse!”.

The new album will features 10 brand new songs conceived to be played live. Indeed, since the very beginning, the band’s strength has been their live performances, costumes, make-up and the furious personalities on stage have always caught the audience’s attention.

Born in 2005 SUPERHORROR’s (formerly known as Superhorrorfuck) sound was a raw, violent horror punk deeply influenced by bands like MURDERDOLLS and MISFITS, perfectly expressed in their 2008 debut album “Horrorchy”. Throughout the years SUPERHORROR’s sound has been contaminated by different genres, from the glam rock of their second album “Livingdeadstars” (2010), to the heavier metal influence of “Death Becomes Us” (2013). After their last album’s experimentation with catchy rock’n roll sound (“Hit Mania Death” – 2017), SUPERHORROR are now returning to their typical violent sound, with a touch of dark-humor, combining horror punk and horror metal under their living dead attitude.