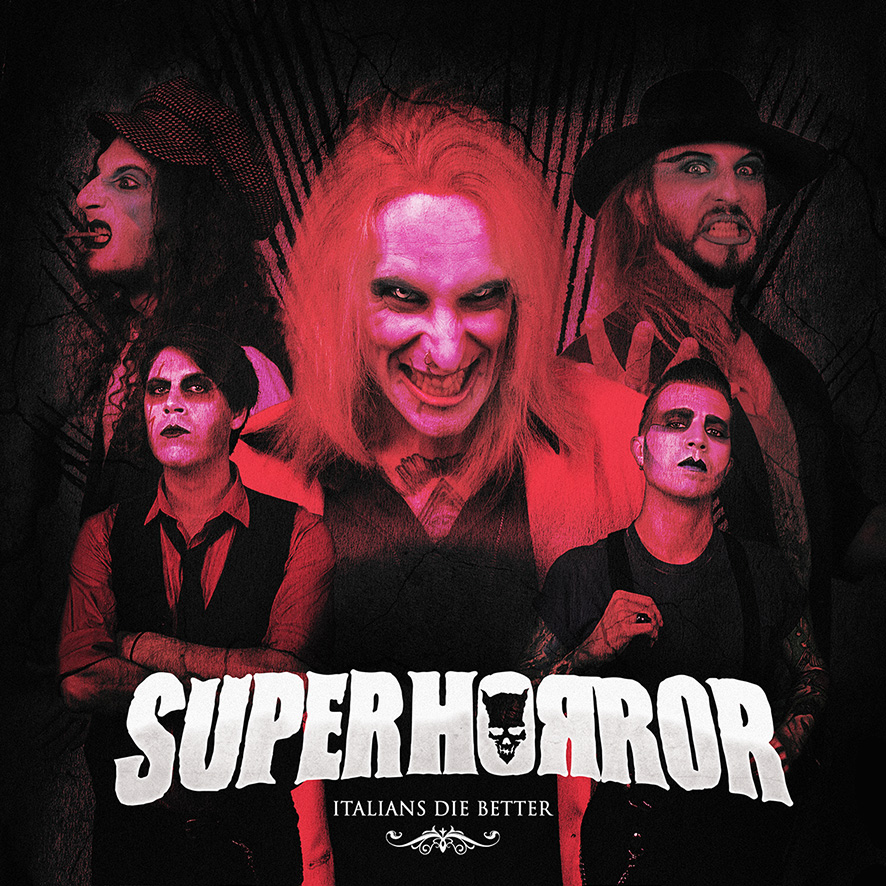 Horror punk-metal outfit SUPERHORROR is back straight from the afterlife. They are ready to conquer the living world again, unleashing a new stunning studio album. “Italians Die Better” will be released on April 10th 2020 as vinyl and digital via Krach Records, the new label launched by producer Fabio Silver Perissinotto (https://www.facebook.com/silverveniceshow).