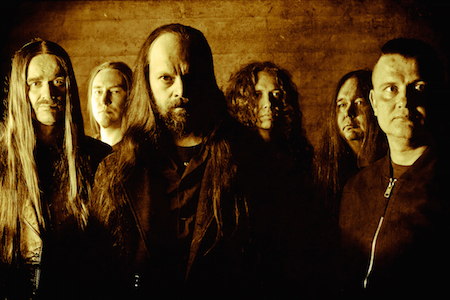 Argonauta Records is proud to announce new signing; the long running veterans of atmosphere and melancholy THROES OF DAWN.
The band’s 6th album “OUR VOICES SHALL REMAIN” will be released via ARGONAUTA RECORDS on August 20th 2016.

Founded in 1994, Finnish Throes Of Dawn has made a long musical journey. From the early years in melodic dark metal to the progressive and atmospheric post-metal of today.

With the highly acclaimed previous album “The Great Fleet of Echoes” (2010), the band combined different musical elements to create lush, progressive soundscapes, reaching further away from their dark metal past.

After few changes in the line-up, the band wanted to take things further and started to compose music with a new approach.

“We wanted to do things differently.” says Henri Koivula, one of the founding members of the band. “We wanted to follow intuition and see where the music takes us. We built these songs mostly together at the rehearsal place by doing a lot of experimentation and repetition. It was very exciting and rewarding to see how the songs evolved and formed.”

The new album, “Our Voices Shall Remain” consists of seven tracks, with a total running time of 67 minutes. The album is a clear highlight on their musical career, showing the band at it´s best. The songs are flowing, progressive and ethereal with long guitar leads, layered synths and clear production.

“Our Voices Shall Remain” is scheduled to be released 20th of August 2016. The band will have a special live show in Romania, at the Dark Bombastic Evening to celebrate the album release.

Throes of Dawn is: