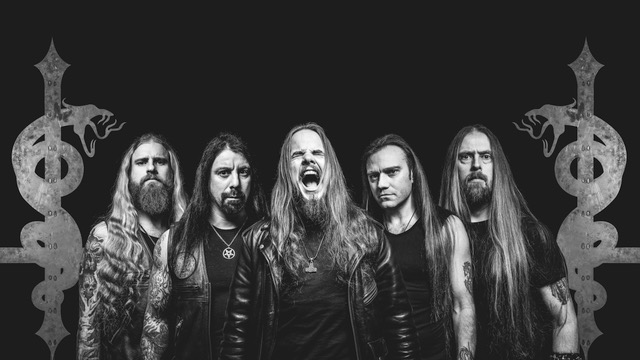 After releasing their debut album “World Destruction” via Regain Records in 2010 followed by EP “Shadows” 5 years later, facing some line-up changes, finally TRIDENT are back with full dark forces. The result is the sophomore studio album “North” to be released in the upcoming months by the Dutch label Non Serviam Records. Expect a piece of art moving away from tight structural extreme music and bringing back the soul of the old greats.

TRIDENT state: “After many years of preparation, we finally chose to join forces with a label that we respectfully trust and has been a longtime supporter and friend for many years. A label who understands the bands vision and the artistic formula that we represent. This is something that doesn’t happen overnight, we have been through hell and back to get this right. We know what we are, we know what we want to do, and we know how we want to do it. This vision is embraced and respected by our longtime friend Ricardo Gelok whom we see as a true Trident family member, who will do his best support us in our path therefore we chose to sign with Non Serviam Records for the release of our new full-length album called ‘North’”.

“We are really excited to tell the world that we closed a deal with Trident. There is a long friendship between the band and the label.  The label even worked with some band members in the past with other bands and we became good friends over the years. Actually, it feels more like family. It’s really great to see how full of passion the band is with their music, and their appearance on stage completes the vision of the band. Trident is a hard-working band and they know how to create beautiful music.  Words cannot describe how happy we are that we can finally share the new that Trident is part of Non Serviam Records”, adds Ricardo Gelok, Non Serviam Records’ owner.

More details including the first single will be unveiled soon.