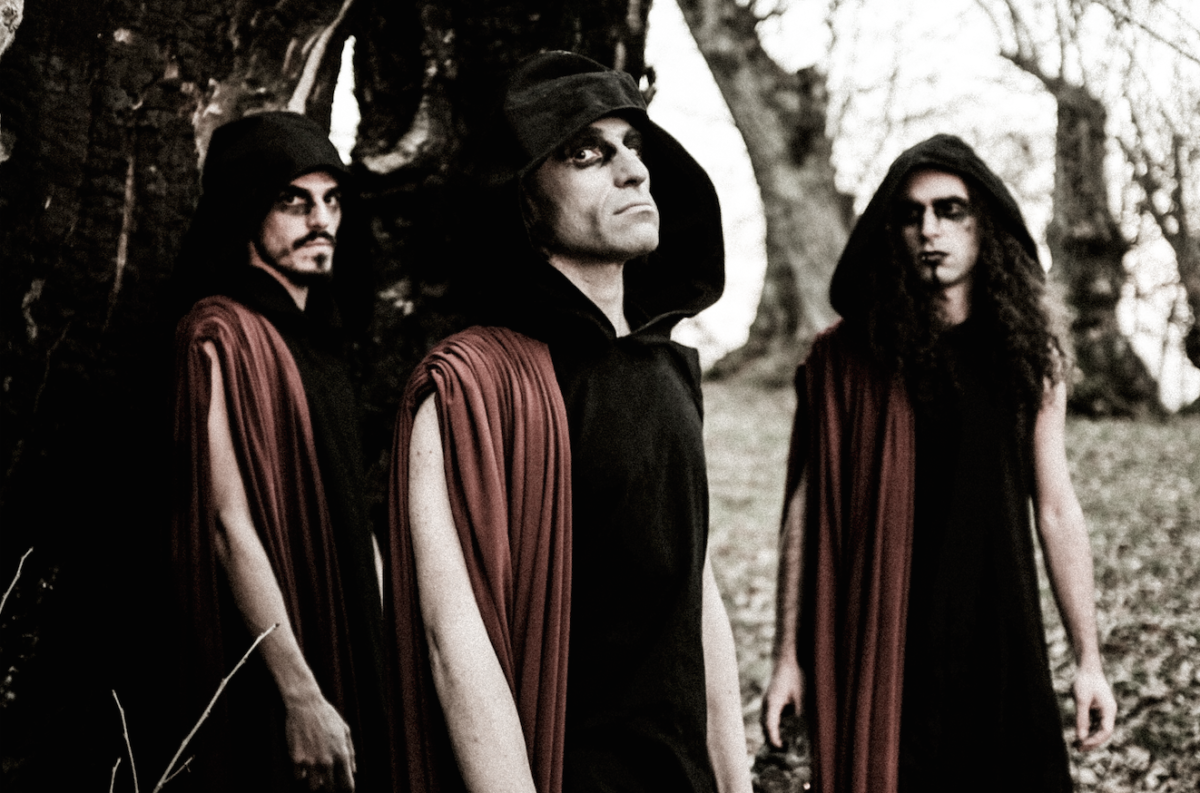 The esoteric black death trio VOLTUMNA have finished the recordings for their upcoming forth studio album whose details will soon be revealed.

VOLTUMNA comment, “The new album looks at a mythical past where a technology incomprehensible to us, has accompanied the ancient populations in the Golden Age. Until now, this is the work in which we dared the most, rich in shades, in an age where black and white are the only thing that counts. There will be 10 powerful and majestic tracks like a boulder launched by a Cyclops in the abyss”.

The new album marks a huge progression on a technical and melodic level, confirming the strong personality of a band now able to master an absolutely original style and concept. VOLTUMNA aren’t related to any contemporary ideological, cultural and religious movement, focusing instead on a historical and anthropological reinterpretation of the Ancient Wars, with a focus on their own Etruscan roots.

The VOLTUMNA time machine welcomes on board everybody who loves the most advanced shape of extreme metal, maintaining at the same time the gaze turned to the ancient principles of a glorious past. The journey promises to be brutally exciting.

The new album has been produced by the band and recorded, mixed e master at Fear No One Studio in Viterbo, Italy, by Emiliano Natali.