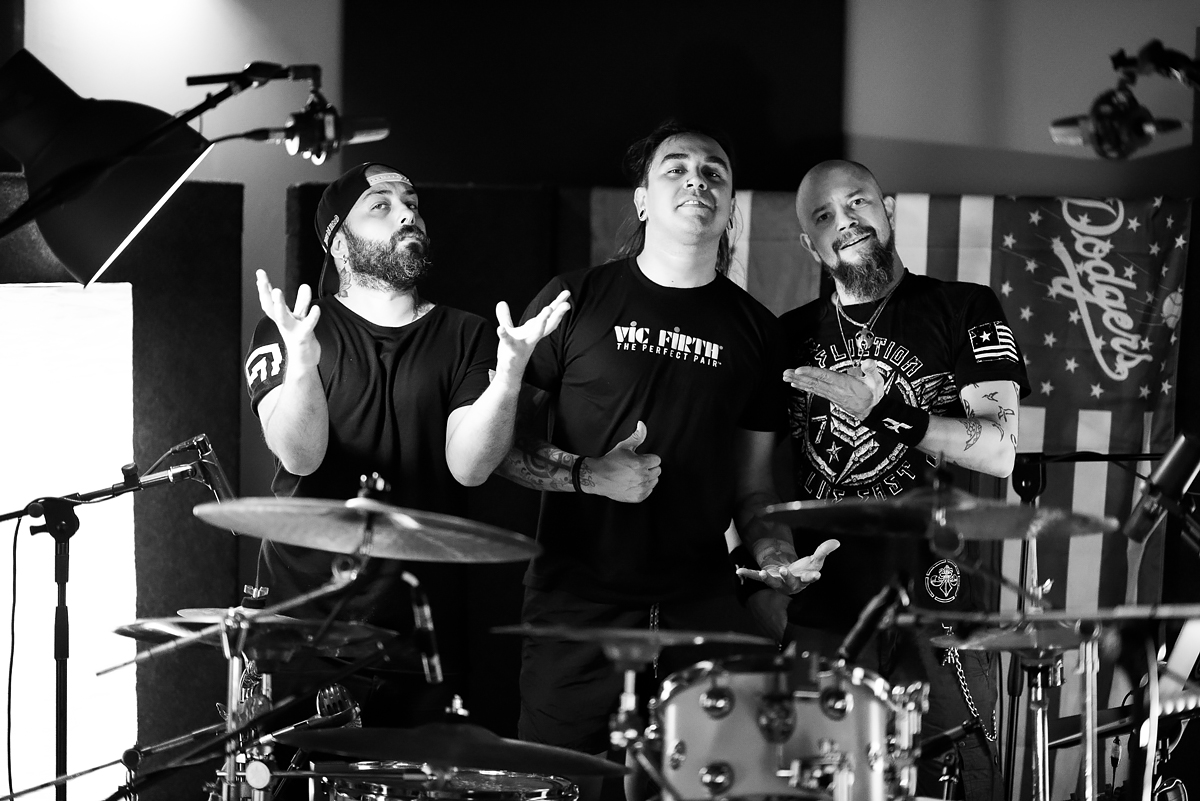 Taken from Klogr‘s new studio album “Keystone”, this version of “Technocracy” is a special remix with both the song and video featuring Prong’s Art Cruz on drums. The video was directed and edited by Roberto Zampa (director for previous Klogr music videos King of Unknown, Breaking Down, Breathing Heart, and Sleeping Through The Seasons).

It’s also been confirmed that Art Cruz is to be Klogr‘s guest drummer for the upcoming European tour with The Rasmus this November.

Klogr frontman/guitarist Rusty tells Metal Hammer, “When we toured the UK/Europe with Prong, we became great friends with Art and kept in touch. We’d talked about a hypothetical collaboration and once we got into the studio to jam, we knew we had to produce new music together. Technocracy has this industrial vibe that perfectly suits Art’s style of playing. It’s a dream come true… a song together, a tour… It’s really magnificent and I can’t wait to start!”

Art says, “I’m excited to step out of my comfort zone musically on this project and experience a new adventure. This upcoming tour is giving us the chance to have our ideas finally become a reality on stage together.”

Klogr on tour with The Rasmus November 2017