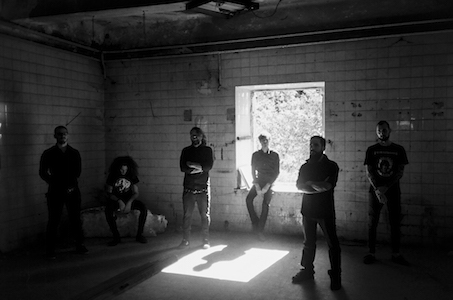 Italian Post/Doom Metallers WOWS release the official videoclip of the song NEMESI, taken from their latest opus AION, out in November 2015 via ARGONAUTA Records.

While working on new material for the new album scheduled during 2017, the band gave us a new taste of their intensity and visual approach.

“Nemesi” videoclip is both a celebration of the album feedbacks received in the past months and a new step by WOWS into the new year made of obscure vibes and dramatic sonorities.

WOWS teamed-up with Transcending Obscurity to premiere this new opus of arcane and enchanting images, for a disturbing journey into human psyche.

About AION, press said:
“Many elitists may believe that originality in metal is dead. WOWS proved that untrue” No Clean Singing

“AION is an excellent and highly complex debut album from WOWS. If you’re still waiting impatiently for the new album from TOOL check these guys out as you will find much to enjoy and admire.” Outlaws of the Sun