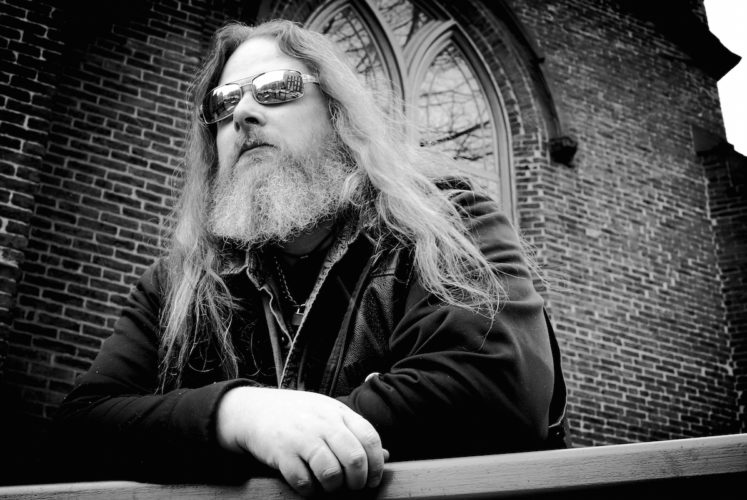 ARGONAUTA Records is beyond proud to announce a new great name is now part of the family: DEE CALHOUN – known to the masses as Screaming Mad Dee, the voice of doom metal legends IRON MAN – will release his debut solo album ROTGUT by late Spring 2016, available in CD/DD formats.

Rotgut bears its moniker not only as a title, but as a frame of mind.

“When I think of ‘rotgut,'” Dee explains, “I think of something inexpensively produced, very unrefined, and that knocks you on your ass when you indulge in it. And the next day, you’re still feeling it. This very much sums up my approach to this record. The songs on the album are very personal, and the acoustic approach suits them perfectly.”

As with most of Dee’s material – which spans nearly 30 years – the songs on Rotgut are (pardon the pun) from the gut, with no pretentiousness, and draw inspiration from the ongoing triumphs and struggles of everyday life. Mistakes, redemption, strength, and the knowledge that there are no promises, but only the eternal attempt to find happiness are just a few of the themes that the singer/songwriter from Frederick MD present here.

Dee Calhoun began his musical journey as a small boy, and first appeared on record in the late 1980s. He has been the singer/lyricist for Iron Man since 2010, appearing on two EPs and the critically acclaimed 2013 LP South of the Earth.

Regarding the signing with Argonauta, Dee is all smiles. “It’s important to me to work with entities who favor artists as opposed to product. Argonauta has an amazing roster of bands, and Gero is wonderful to work with. Our partnership is only in its infancy, but the first impressions have been top-notch. I look forward to this partnership moving onward and upward.”