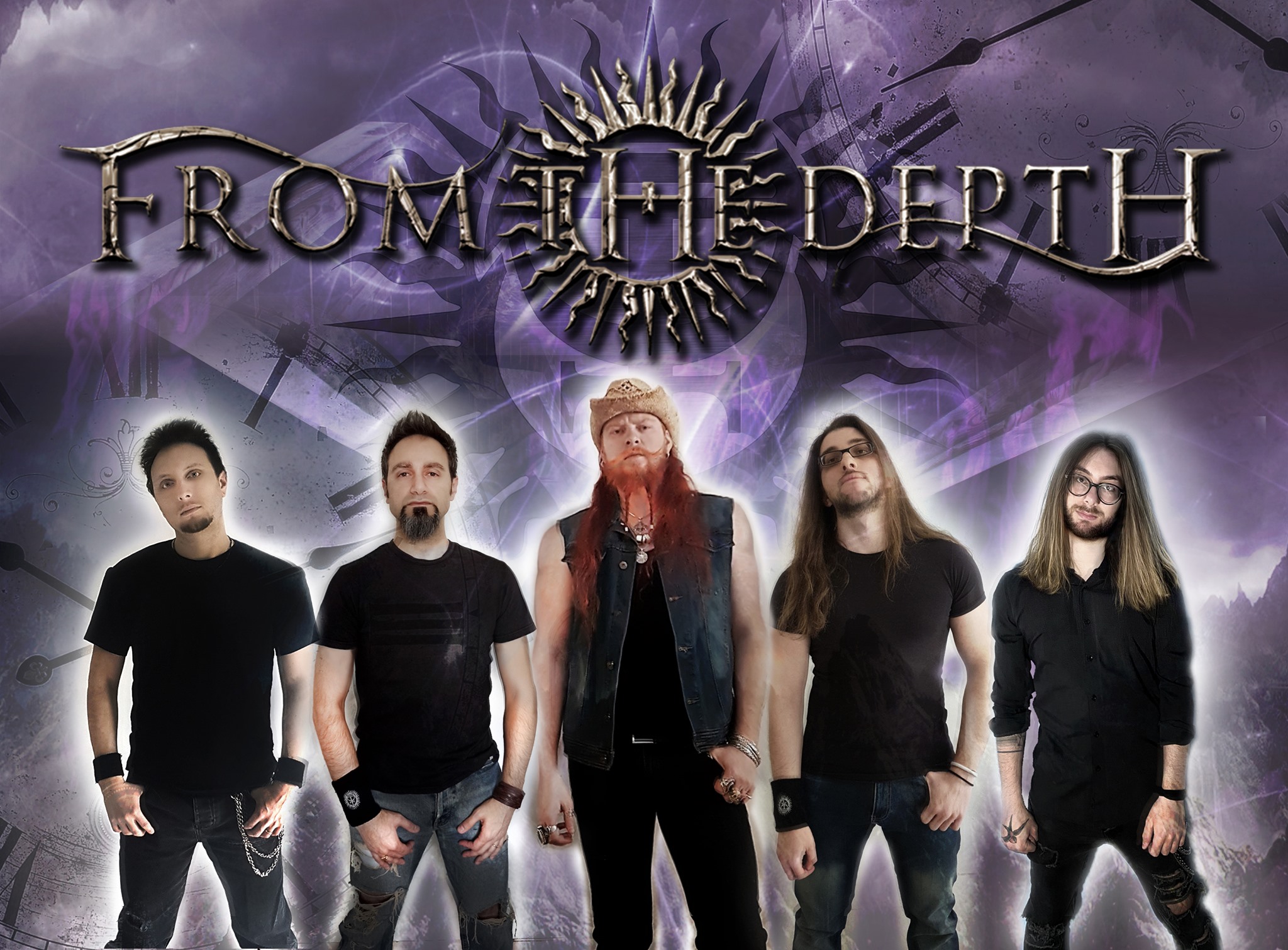 Italian power metallers FROM THE DEPTH are proud to announce the release of three new singles in the upcoming months. The band covered three evergreen hits: “Catch The Fox” (Den Harrow), “What is Love” (Haddaway) featuring Roberto Tiranti (Labyrinth) and “Sweet Dreams” (Eurythmics) which features Giorgia Colleluori (IT’sALIE, Rock Meets Classic). The songs were mixed and mastered by Simone Mularoni at Domination Studio.

The songs will be available on the main digital platforms along with exclusive artworks created by Jen Scarlet. The pre-order of the 7” vinyl (limited to 50 copies worldwide) “Nights of Summer Side” will be available soon.

FROM THE DEPTH was formed officially at the end of 2008. In 2010, with their first solid line-up, they released the demo “The Will To Be The Flame”, which quickly sold out. In 2011 the band signed with Rising Records for the release of their first studio album “Back To Life”. Meanwhile, they played at many European festivals with bands such as Megadeth, Sonata Arctica, Overkill, King Diamond, Iced Earth, Moonspell, Lordi, Sabaton, Rhapsody Of Fire, DragonForce and more.

Between 2013 and 2015 the band went through some line-up changes, but slowly, during live shows, they started the writing process for the “Back To Life” successor. At the end of 2016 the EP “Perseverance” was released.

From 2018 the actual stable line-up is in place and after some live gigs the band focused on studio material to finalize the latest effort “Moments”. The album was mixed and mastered by Simone Mularoni at Domination Studio in January 2020 and features, among others, musicians like Roberto Tiranti and Giacomo Voli. “Moments” was released worldwide in August 2020 via Rockshots Records and in Japan via Spiritual Beast. Recently the band released the reissue of their classic album “Back To Life (10th Anniversary Edition)”.