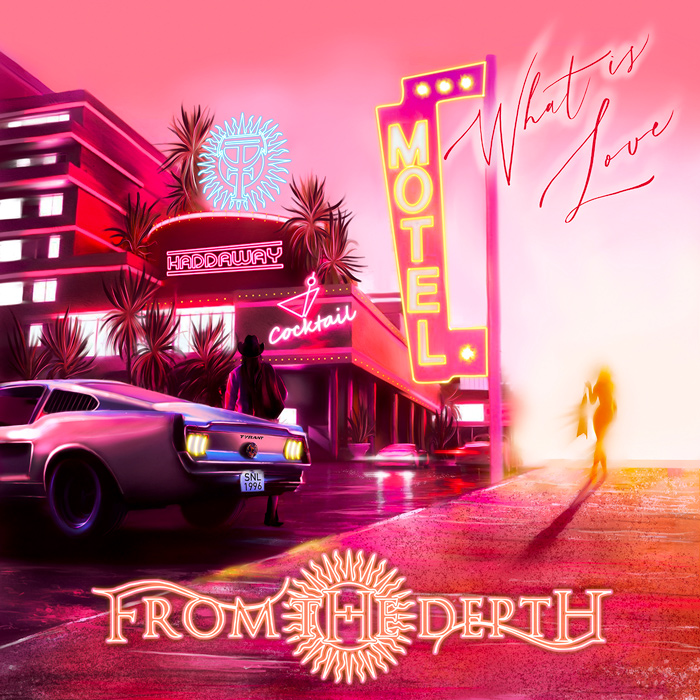 Today Italian power metallers FROM THE DEPTH unveil the second single taken from their upcoming EP “Nights of Summer Side”. “What is Love”, the well-known Haddaway’s hit, features LABYRINTH’s frontman Roberto Tiranti.

“Here is the second single taken from our summer EP ‘Nights Of Summerside’. We really love this song. Haddaway’s ‘What is Love’ is a Eurodance gem that takes us back to our teenage years and it is a must in any party playlist worthy of its name. For the occasion, we invited our friend Roberto Tiranti from Labyrinth to make it even more special. We hope you enjoy it and that it will become the soundtrack of your summer”, comments the band.

FROM THE DEPTH is a power metal band formed in Parma (Italy) in 2008. With the first stable line-up they released the first demo “The Will To Be The Flame” which let them get their first label deal to release the first worldwide distributed album “Back To Life”. With the album going sold out quickly after the release, they toured among many European festival alongside bands like Megadeth, Sonata Arctica, Overkill, King Diamond, Iced Earth, Moonspell, Lordi, Sabaton, Rhapsody Of Fire, DragonForce and more. The band underwent a series of line-up changes that brought the latest members with two guitars and no keyboards, giving the band a more “aggressive” approach. FROM THE DEPTH is currently signed to Rockshots Records and they’re endorsed by Solar Guitars.