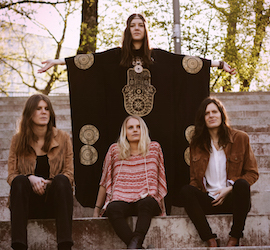 Tales of the Wicked West is MaidaVale’s debut album that is released today the 5th of August. The four-piece with influences ranging over decades have created a sound based in the late 60’s/early 70’s music scene. With a modern take on blues rock the band have captured many audiences with their heavy and psychedelic vibes. A rock solid rhythm section provides lots of space for the blues influenced guitar. Adding Matilda Roth’s powerful, charismatic vocals and the lyrical themes, political both on a personal level and world-devouring, makes Tales of the Wicked West an album that stands out from recordings made in this time and age.

Recording the album with Joona Hassinen, who has made it an art to record heavy and psychedelic bands in Studio Underjord, MaidaVale found their equal match to put the songs on tape. MaidaVale’s debut album contains 8 tracks that has developed through years of live performances and jamming by band members Linn Johannesson, Johanna Hansson, Sofia Ström and Matilda Roth. Mastering by Linus Andersson (Goat/Yuri Gagarin) and artwork by Dutch artist Maarten Donders, who has also made illustrations for bands such as Blues Pills and Graveyard.

“Children of the Terrascope Nation, trust me on this one. You are going to LOVE it. From the opening wah-wah guitar scream of the riff-laden ‘(If You Want the Smoke) Be the Fire” to the closing five-star ten-minute instrumental bliss-out that is ‘Heaven and Earth’, which doesn’t merely spruce up Funkadelic’s majestic ‘Maggot Brain’ with an overhaul and a new lick of paint, but pimps it up handsomely with new wings, go-faster stripes and even furry dice, this album is utterly brilliant.” – Terrascope Magazine

“Of all the all-female psychedelic bands formed on Gotland, an island on the Baltic Sea, MaidaVale are almost certainly our favourites. They’re now based in Stockholm, and it’s from there that this live-in-the-studio broadcast is being transmitted, with delightfully crunchy riffing and pleasingly ethereal vocals.”
– Classic Rock Magazine 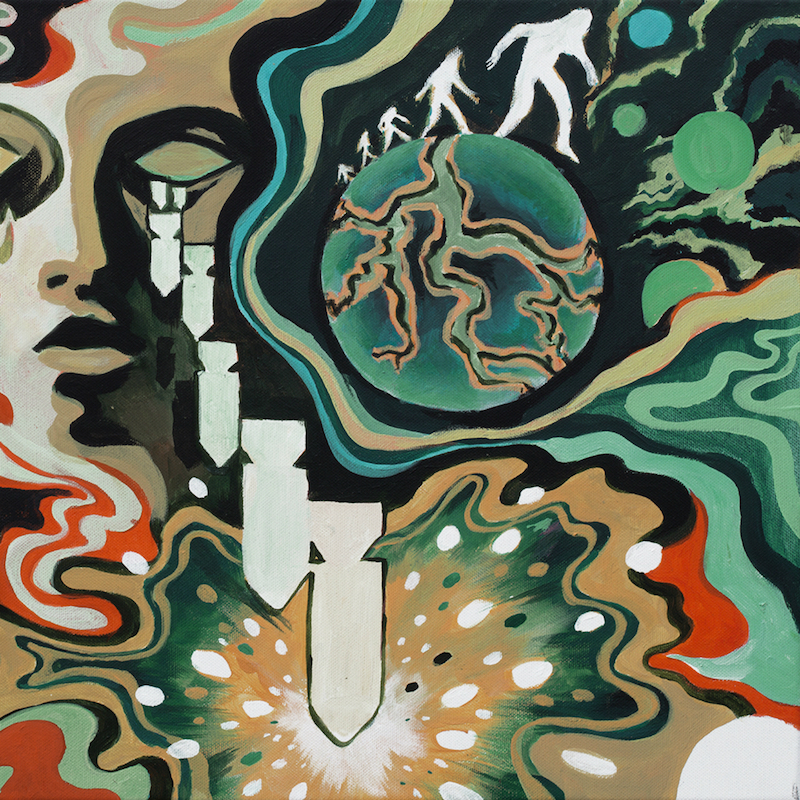