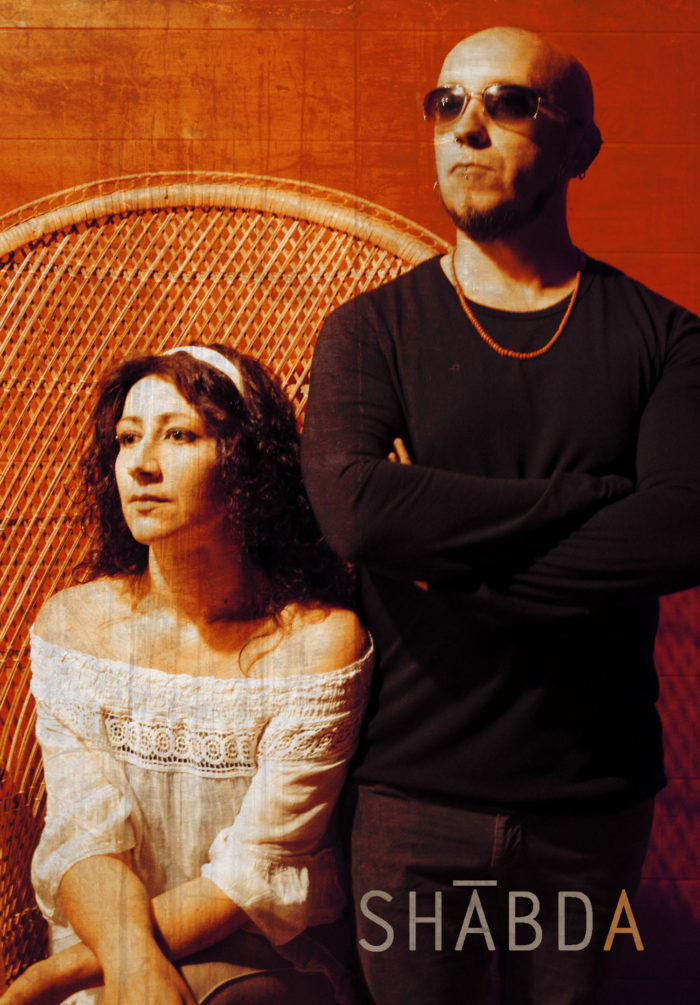 After the 2 tracks long celebration of Pharmakon / Pharmakos, released a year and half ago by Argonauta Records, Shabda are back in the studio recording their fourth album which will see the light in early Autumn 2017.

“Vishnu Sahasranama – 10 STUDI” – this is the title – is inspired by the traditional Indian Vaishnava text commented by Sankara and representing the model of the garland of a thousand names, the practice of meditation on the metaphysical qualities of god Visnu conceived as the absolute principle.

A group of exceptional musicians and friends plays the ten compositions written by Anna Airoldi and Marco Castagnetto, painting a fresco that encompasses Western classical music and kosmische musik, Eastern tradition and psychedelia, pursuing and cultivating the exploration of the link between East and West, between continuity and innovation.

An album living of contrasts among contemplation and instinct, composition and improvisation, between electronic and acoustic music, leaving it open to interpretation and diversity of listening experience. Traveling from Europe to Varanasi and back, with an ear to the legacy of Popol Vuh, Dead Can Dance and Nils Frahm.