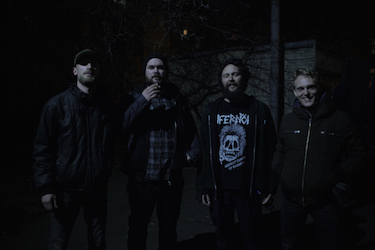 ARGONAUTA RECORDS is excited to announce the official release date of the highly anticipated new album of Swedish Sludge masters SUMA!
Recorded and mixed by BILLY ANDERSON, “The Order of Things” is expected as a huge comeback by the Swedish band, whose last full “Ashes” has been released six years ago and re-released by Argonauta Records in 2015.
The new album will see the band in partnership with several labels for different formats: ARGONAUTA Records (CD), THRONE Records (LP), INIT Records (CD for U.S.A. market), TARTARUS Records (cassette).
THE ORDER OF THINGS will be released Oct, 11th 2016. The album teaser is available here