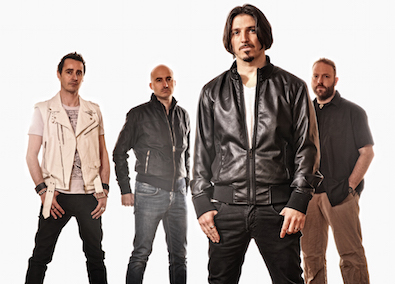 A Perfect Day have released the video for the song ‘Angels’, taken from the band’s second album, ‘The Deafening Silence’, out now on Scarlet Records.

Inspired by post-grunge era Metal, Rock and Hard Rock sounds, A Perfect Day is one of those bands in which melody plays a leading role, as well as class-A musicianship and classy arrangements. The band released their debut album on Frontiers records with talented musician Roberto Tiranti (Labyrinth) on vocals and bass, and got immediate attention for being able to combine a very relaxed atmosphere with aggressive sounds in quite a unique way. Roberto left the band in 2014 but was replaced by Marco Baruffetti, who was able to bring his many talents and a very positive vibe in the APD camp.